Departmental budget requests for FY20/FY21 were due to the Mayor’s Office on February 21.  A copy of the budget overview our office submitted is attached to this report. In sum, the Ethics Commission budget request seeks funding to ensure the Commission can fully leverage all staffing resources and implement innovative technology solutions to broaden program impacts by ensuring continued improvement of operations, strengthened service delivery, and heightened public engagement.

The Commission’s Engagement & Compliance team continues to provide support and assistance to departments and individual filers in connection with annual financial disclosure and ethics training deadlines that are coming up in April.  Annual Statements of Economic Interests (Form 700) are required to be filed by public officials this year no later than Tuesday, April 2, 2019 due to the April 1 state holiday in observance of Cesar Chavez Day. Annual Ethics and Sunshine Ordinance Declaration Forms remain due on Monday, April 1, 2019 as required under City law. Information sessions for filers and filing offices have continued in an effort to support compliance with this year’s filing requirements.

With significant hiring processes initiated earlier this fiscal year now complete, I am very pleased this month to introduce our newest Staff members, and current Staff who have now assumed new roles at the Commission.

Brian joined our Policy team on February 25. Prior to joining the Commission Brian served with the SF Public Defender’s office since August 2015, where he conducted legal research as a Legal Assistant and drafted motions to prepare attorneys to try felony cases. He also conducted client interviews, participated in jury selections, filed discovery requests, and drafted memos for case conferences. He previously served as a Law Clerk with the US Attorney’s Office in New Orleans where he drafted memoranda and motions concerning racial and gender employment discrimination and mortgage fraud. He also worked as a Judicial Intern for a Judge on the US Court of Appeals for the Fifth District where he reviewed cases, researched relevant laws, and provided recommendations. After graduating from Yale with a BA in History, and prior to receiving his JD from Tulane Law School, Brian worked with National Economic Research Associates in New York as an Associate Analyst where he was primarily responsible for finding and analyzing data related to securities litigation. He also worked as a Policy Intern with the Cowen Institute for Public Education Initiatives in New Orleans, where he researched and evaluated public education initiatives in Louisiana.

Rachel joins our staff as Principal Program Manager for Engagement & Compliance on Tuesday, March 12.  Rachel served most recently as a Senior Administrative Analyst with the City’s General Services Agency in GSA’s Human Resources division since May 2017, where she was responsible for planning, coordinating, and managing the implementation of new systems, operational programs, and policies. She also served as a strategic partner to clients and external departments for various initiatives, and led project communications with clients, staff, appointed officials, and other stakeholders. She represented the department in labor negotiations and conducted research and analysis for a variety of HR-related issues including legislative impacts. She directed the analysis and evaluation of data needs for the department and was also responsible for developing and maintaining reporting dashboards and performance measurement tools. She also served as the department’s SharePoint and DocuSign administrator, and managed all aspects of the systems including development, implementation, content management, training, and technical support. Prior to GSA, she served as an Administrative Analyst in the Office of Contract Administration, where her work included managing the Delegated Departmental Purchasing Authority citywide compliance and training program for OCA, and performing contract, legislative, and data analysis. She also served as Public Information Officer and was the content manager for the departmental website. Before joining the City and County of San Francisco, Rachel established and led a marketing business as a sole proprietor for 13 years, where she worked with clients to plan and develop their business objectives, provided strategic consulting services, did technical and content writing, and recruited, trained and supervised staff. She holds a Business/Information Systems degree from the University of Phoenix.

John’s first day with our office was February 25th. John was previously a Political Reform Consultant with the FPPC, where since June 2014 he provided in-person and online training on compliance with the Political Reform Act for lobbyists, campaign and Statement of Economic Interests filers, and filing officers, and reviewed and revised conflict of interest codes for state agencies and multi-county agencies. He also audited over 600 agencies to ensure their conflict of interest codes were compliant with the Political Reform Act and worked with staff to ensure compliance. He analyzed and updated educational materials to assist campaign filers and developed and implemented the reporting procedures for the FPPC’s top ten contributors list. He researched and analyzed data on Cal-Access to prepare reports about lobbyist disclosure for the Commission. He trained staff to create and update the FPPC’s new website. His prior work experience also includes service in the Governor’s Office of Legal Affairs for three years as an Executive Legal Assistant, where his work involved developing an electronic filing system, data gathering and research on pardons, gubernatorial appointments, and Public Records Act requests. John received his undergraduate degree in Political Science from UC San Diego.

On February 25, Amy Li assumed a new role as the Commission’s Principal Program Manager for Audits. Amy joined the Ethics Commission as an Auditor in January 2010 and served as Acting Audit Supervisor since March 2018. In that capacity, Amy supervised the day to day work of the Commission’s audit team and played lead role in managing the team’s review of public financing qualification and matching funds requests. Prior to joining the Ethics Commission staff, Amy worked here in San Francisco at the accounting and consulting firm Burr Pilger & Mayer LLP, where she planned and performed audit engagements, drafted audit reports and communications, and provided recommendations on increasing internal controls. She also worked at Lane Gorman Trubitt LLP and other companies in Texas, where she reconciled accounts, performed audit engagements, drafted audit reports, and performed other accounting, auditing and tax duties. Prior to that she worked as an Accountant at Guang Zhou, where she maintained general ledger, performed accounting functions, and conducted financial analysis. Amy holds an Accounting degree from Guang Dong University of Technology, and a Master of Business Administration from the University of the Incarnate Word in San Antonio. She is also a licensed Certified Public Accountant.

Jeff Zumwalt has assumed a new role as Senior Investigative Analyst effective February 25. Jeff joined the Ethics Commission as an Investigative Analyst in July 2017. In that role he has conducted research and investigations into alleged violations of laws within the Commission’s jurisdiction.  His work has included intake, witness interviews, preliminary reviews, case preparation and settlement negotiations.  Prior to joining the Commission, Jeff served as a Detective with the Police Department at Virginia Tech, where his work included leading a large public embezzlement investigation for the department, case review and management, and coordination with other local, state and federal law enforcement agencies. He also produced legal and administrative documents for supervisors, legal officers, and local, state, and federal government officials. Jeff also served for six years as a Police Officer with the Metropolitan Police Department in Washington DC, where he handled dozens of investigations and was a recipient of the Medal of Valor and 15 Letters of Commendation for outstanding service. Jeff did his undergraduate work in Criminal Justice at the University of Maryland and holds a Master of Public Administration from Virginia Tech.

I look forward to answering any questions you might have at the upcoming Commission meeting. 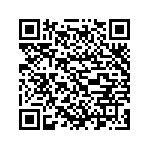 Scan the QR code with a mobile device camera to access the latest version of this document online:
https://sfethics.org/ethics/2019/03/executive-directors-report-march-11-2019.html