At its next regular meeting on Wednesday, May 29, 2019, the San Francisco Ethics Commission will consider and possibly act on a set of proposed changes to the regulations supporting the following chapters of the Campaign and Governmental Conduct Code:
Proposed Regulations
• Article I, Chapter I (Campaign Finance Reform Ordinance)
• Article III, Chapter II (Government Ethics Ordinance)
• Article III, Chapter VI (Behested Payment Reporting)
The proposed changes are intended to provide clarity regarding new code sections created by the recent Anti-Corruption and Accountability Ordinance (ACAO), update the regulations to match other recent changes to the Code, and provide clarity about various provisions of the Campaign Finance Reform Ordinance.
This 10-day notice is provided under Charter Sec. 4.104 to encourage public comment on the proposals in advance of the Commission’s next meeting.
The Commission invites all input on the proposed regulations. Written public comment received by 5:00 p.m. on Thursday, May 23rd, will be included in the Commission’s packet of meeting materials for its May 29th meeting. Opportunity for public comment will also be provided during the Commission’s meeting.
Staff welcomes written comments on the proposed changes, which can be sent via email to ethics.commission@sfgov.org, or via regular mail to San Francisco Ethics Commission, 25 Van Ness Avenue, Suite 220, San Francisco, CA 94102.


Was this page helpful? 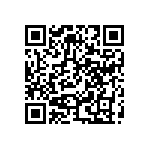 Scan the QR code with a mobile device camera to access the latest version of this document online:
https://sfethics.org/ethics/2019/05/notice-of-proposed-regulations.html