This Audit Report summarizes results of the audit of the committee, Jobs, Housing and Parks Now for Candlestick Point & Hunters Point Shipyard, Yes on O, with Major Funding by Five Point Holdings, LLC FPPC Identification Number 1386199 (“the Committee”), for the period from January 1 through December 31, 2016. The Committee was selected using an objective criteria selection process, pursuant to the Commission’s authority under San Francisco Charter Section C3-699-11(4) and San Francisco Campaign and Governmental Code Section 2.135, from a pool of eligible committees active in elections during the 2016 calendar year. The audit was conducted by Ethics Commission staff following the 2016 City election as part of the Commission’s 2016 audit cycle to determine whether the Committee materially complied with the requirements of the Political Reform Act (“the Act”) (California Government Code section 81000, et seq.) and San Francisco’s Campaign Finance Reform Ordinance (“CFRO”) (San Francisco Campaign and Governmental Conduct Code section 1.100, et seq).

On June 1, 2016, the Committee was established as a primarily-formed ballot measure committee supporting Measure O in the November 8, 2016 election. Measure O was a citizen initiative to exempt office development projects in the Candlestick Point and Hunter’s Point area from certain permit regulations. The measure was approved by voters. The Committee was sponsored by Five Points Holding, LLC, a developer of mixed-use, master planned communities including the San Francisco Shipyard development at Candlestick Point. Five Points provided more than 80% of the total contributions received by the Committee and therefore was designated as a sponsor. The Committee was terminated on January 31, 2017.

For the period covered by the audit, Vigo G. Nielsen served as the treasurer and Armeen Komeili served as the assistant treasurer. The Committee received $4,538,501.41 in contributions (including non-monetary contributions of $311.66 and loans of $500,000). The Committee incurred $4,538,501.41 (including non-monetary expenditures of $311.66) in campaign expenditures. 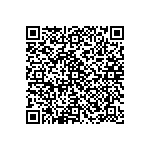 Scan the QR code with a mobile device camera to access the latest version of this document online:
https://sfethics.org/ethics/2019/05/san-francisco-ethics-commission-final-audit-report-jobs-housing-and-parks-now-for-candlestick-point-fppc-id-13861.html