This Audit Report summarizes the results of the audit of the committee, Progress San Francisco, FPPC Identification Number 1381519 (“the Committee”), for the period from January 1, 2016 through December 31, 2016. The Committee was selected using an objective criteria selection process, pursuant to the Commission’s authority under San Francisco Charter Section C3-699-11(4) and San Francisco Campaign and Governmental Code Section 2.135, from a pool of eligible committees active in elections during the 2016 calendar year. The audit was conducted by Ethics Commission staff following the 2016 City election as part of the Commission’s 2016 audit cycle to determine whether the Committee materially complied with the requirements of the Political Reform Act (“the Act”) (California Government Code section 81000, et seq.) and San Francisco’s Campaign Finance Reform Ordinance (“CFRO”) (San Francisco Campaign and Governmental Conduct Code section 1.100, et seq).

The Committee qualified as a state general-purpose committee on April 11, 2016. For the period January 1 through October 9, 2016, the Committee filed its campaign statements and disclosure reports with the California Secretary of State. On October 10, 2016, the Committee amended its status to a county general-purpose committee and started filing campaign statements and disclosure reports with the San Francisco Ethics Commission. This change in filing status was triggered as a result of contributions made by the Committee to San Francisco based primarily formed committees. During the remainder of the 2016 calendar year, the Committee continued to make contributions to various committees to support and oppose candidates and ballot measures throughout the Bay Area and at the state level.

For the period covered by the audit, Shawnda Deane served as the treasurer, and Vince Courtney, Jr. was the Principal Officer who directed and approved expenditures. The Committee received $947,166 in contributions (including $7,666 in non-monetary contributions) and incurred $1,440,938.82 in campaign expenditures (including $7,666 in non-monetary expenditures). The Committee remains as an active county general-purpose committee as of the date of this report. 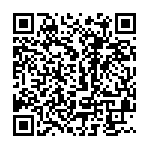 Scan the QR code with a mobile device camera to access the latest version of this document online:
https://sfethics.org/ethics/2019/05/san-francisco-ethics-commission-final-audit-report-progress-san-francisco-fppc-id-1381519.html