Chair Daina Chiu called the meeting to order at 1:32 pm.

COMMISSION MEMBERS PRESENT: With Chair Daina Chiu, Vice-Chair Noreen Ambrose, and Commission Members Yvonne Lee and Fern M. Smith in attendance, a quorum was present. Commissioner Lateef Gray was unable to attend the meeting and had an excused absence.

The item was continued without objection at the request of the Chair to enable Commissioner Gray to participate in the discussion at the July meeting. The Commission heard no public comment and took no action on the item.

Senior Policy Analyst Pat Ford presented the June Policy Report. Ford noted that the Commission’s legislative package of public financing recommendations was recently assigned to the Government Audits Committee, which Supervisor Gordon Mar chairs. The Board of Supervisors has a summer recess in August, Ford noted, and it is unclear whether the item will be acted on before or after that scheduling break. He added that the package of regulations adopted by the Ethics Commission will take effect at the end of July barring any action by the Board before then. He noted Staff are in the planning stages to enable electronic filing by all designated filers of the Form 700 (Statement of Economic Interests) and that he is working with the Department of Human Resources on notifying the City’s bargaining units about the project. He added that Staff is analyzing the Sunlight on Dark Money ballot measure and will provide any input to City departments as may be needed. Following a brief discussion among Commissioners about the process and timing for input, Chair Chiu called for public comment on item 7.

No public comment was received. No action was taken on the item as it was provided for informational purposes only.

Director of Enforcement & Legal Affairs Jeff Pierce summarized highlights from the June Enforcement Report. He noted that the issue of secondary employment by city employees was a discussion topic at a recent meeting of the Department of Human Resources (DHR) Citywide Consultants and added that the Ethics Commission has authority to investigate should outside employment materially impair a City employee’s governmental duties. Pierce highlighted and discussed with the Commission current caseload statistics, recent fines collection efforts, and updates on fines being pursued for cases referred by the Commission to the City’s Bureau of Delinquent Revenues. In response to questions by the Commission about the process for approving secondary employment by City employees, Commissioner Lee asked that a presentation be scheduled at a future Commission meeting to enable DHR staff to provide an overview of the process.

In public comment, Ellen Lee Zhou stated that in San Francisco many employees have part-time jobs. She urged the Ethics Commission to clean up San Francisco. She added that she had previously reported that she had been excluded from public events as a Mayoral candidate in 2018 and that Enforcement Staff told her the Commission could not address her complaints. Zhou stated that the Ethics Commission props up Super PACs and that it was useless because it does not do anything.

No action was taken on the item as it was provided for informational purposes only.

Executive Director Pelham provided various highlights from the June Executive Director Report, including an update on the FY20 budget, audits, implementation of various programs in the Engagement & Compliance division, and the status of candidate participation in the public financing program for the November election.

Pelham noted Staff had welcomed Commissioner Gray to the office for an overview of programs and operations. She referenced a presentation made to the Board of Supervisors Budget Committee on June 12th and noted Staff had been in communication with the Mayor’s Office about funding not included as line items but that may be allowed as one-time items through the FY20 budget process.

Pelham noted that all new disclosure reports required by the Anti-Corruption and Accountability Ordinance (ACAO) are now operational on the Commission’s website for filer use. She acknowledged the broad collaboration required to launch those filing processes, which was led by Rachel Gage, Principal Program Manager for Engagement & Compliance and with significant support from Steven Massey and the Electronic Disclosure and Data Analysis team and from Senior Policy Analyst Pat Ford. Chair Chiu asked that Gage provide a presentation at the next Commission meeting.

In public comment, Ellen Lee Zhou stated that she has faced discrimination for speaking about unfairness in elections and said San Francisco has 75,000 unlawful dead voters. She stated that the Ethics Commission is not enforcing laws against voter fraud and Super PACs and asked Commissioners to do what they were sworn to do.

The Commission held no other discussion on the report. No action was taken on the item as it was provided for informational purposes only.

Ellen Lee Zhou thanked the Commissioners for serving. She said she had filed complaints with the Commission with many employees and that the Staff had later illegally lost recordings of certain public employees. She urged the Commission to take action against voter fraud.

Motion 190628-02 (Chiu/Ambrose): Moved, seconded and unanimously adopted that the Commission adjourn the meeting.

The Commission adjourned at 2:43 pm. 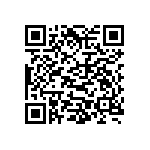 Scan the QR code with a mobile device camera to access the latest version of this document online:
https://sfethics.org/ethics/2019/08/minutes-june-28-2019.html