Based on candidate filings and reported third party expenditures, the Ethics Commission has determined that an adjustment to the Individual Expenditure Ceiling (IEC) of one or more publicly financed candidates is required. The table(s) below indicates any new IEC levels and summarizes how any adjustment was determined.  Note: Pursuant to Campaign and Governmental Conduct Code sec. 1.104, only a candidate’s contributions that do not exceed that candidate’s current IEC are counted toward that candidate’s level of Total Supportive Funds. Thus, an increase in the candidate’s IEC may increase the amount of contributions counted and, as a result, increase the candidate’s level of Total Supportive Funds. This may in turn require adjustment of the IEC of another candidate in the same race. If such an adjustment is required, it will be shown in a separate row in the chart below. 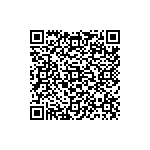 Scan the QR code with a mobile device camera to access the latest version of this document online:
https://sfethics.org/ethics/2019/10/notice-of-individual-expenditure-ceiling-adjustments-for-one-or-more-publicly-financed-candidates-4.html