Board of Supervisors and Mayor approve ordinance that increases the public funding match to six-to-one for eligible contributions up to $150 and increases the overall amount of public funds that qualified candidates can receive.

Final approval was given on Friday to an ordinance initiated by the Ethics Commission that will strengthen San Francisco’s public campaign financing program by allowing candidates to receive more funds overall and by matching contributions of up to $150 at a six-to-one rate. Following action by the Ethics Commission, the ordinance was introduced at the Board of Supervisors by Supervisor Gordon Mar and ultimately had five additional co-sponsors. The ordinance was passed unanimously by the Board on September 24th and was signed on Friday by Mayor London Breed, securing the final step needed before it becomes law. The ordinance will become operative on January 1, 2020 and will be in place for the November 2020 elections.

“This ordinance is an important step in the evolution of San Francisco’s system of voluntary public financing that first launched in 2002,” said Ethics Commission Chair Daina Chiu. “Through the program, candidates who have a grassroots following in the City have a way to run a competitive campaign without having to raise enormous sums of money from wealthy donors. Today’s changes enhance the program’s impact in a world where campaign spending continues to skyrocket, especially independent expenditures. Supervisor Mar deserves kudos for his dedication to public financing and leadership on this ordinance, and I commend him, the five co-sponsors of this ordinance, and the Mayor for supporting meaningful and impactful public finance reform in San Francisco.”

The ordinance was initially created by the Ethics Commission through a year-long review process that examined all aspects of the program to strengthen its impact and reduce unnecessary administrative burdens for participating candidates. The Commission engaged at length with community stakeholders, former candidates, good government advocates, and professional campaign treasurers to understand how the program could be improved. Aside from increasing the amount of funds for candidates and raising the matching rate, the review also improved the candidate application process and reformed spending limits for participating candidates.

“What we heard throughout the Commission’s review process was that publicly financed campaigns are good for San Francisco and that overall the system is achieving the purposes it was created to serve,” said Ethics Commission Executive Director LeeAnn Pelham. “By engaging with committed stakeholders in its review process, the Commission sought to ensure the reforms that emerged from its review would help the public financing program remain effective and attractive to candidates in the years to come.”

Created by San Francisco voters through the ballot initiative process, the City’s public campaign financing program seeks to provide candidates who have a demonstrated level of community support with the financial resources needed to run a competitive campaign. By making these resources available, the program is designed to open elections up to broader set of candidates and empowers those candidates to focus their efforts on communicating with voters and discussing policy, rather than fundraising. Candidates running for Mayor or Board of Supervisors may participate. 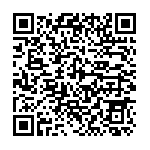 Scan the QR code with a mobile device camera to access the latest version of this document online:
https://sfethics.org/ethics/2019/10/ordinance-to-strengthen-citys-public-campaign-financing-program-is-approved.html