Board of Supervisors Performance Audit of Ethics Commission

As reported in last month’s Executive Director’s report, the performance audit of the Ethics Commission that was being conducted by the Budget and Legislative Analyst (BLA) at the request of the Board of Supervisors was nearing completion. Since the Commission’s July meeting, that work has now been completed. Our office was given the opportunity to review the draft report and to submit a Departmental response to the report’s recommendations to be included in the final report. The BLA issued the final report on August 10.

The audit report will be referred to the Government Audit and Oversight Committee of the Board of Supervisors for consideration at a public hearing. To enable the Ethics Commission and public to review and discuss the report and its recommendations, the report has been placed on the Commission’s August 14 meeting as Agenda Item 6. As noted in our Departmental response, our office is in full agreement with the recommendations made in the report and looks forward to implementing them as outlined in our response.

Following a vote by the Commission at its July meeting to send a letter to the Mayor and Board of Supervisors conveying its support for a fully-funded Ethics Commission, Chair Ambrose sent a letter on behalf of the Commission to those offices on July 21. That letter noted the Commission’s strongly held view that full funding of the department’s mission is of critical importance at this time. A copy of Chair Ambrose’s budget letter is attached.

On July 31, Mayor Breed released a proposed $13.7 billion City budget for FY20-21. As detailed in the Mayor’s proposed budget, the proposed operating budget for the Ethics Commission in FY21 is $4,649,516 million, reflecting a reduction of just over three percent from the Commission’s $4,802,714 operating budget. To enable a more in-depth discussion of the proposed budget and its impact, a staff update has been placed on the Commission’s August 14 meeting as Agenda Item 7.

Also a part of the July Executive Director report, a presentation by the Controller’s Office highlighted findings of its first policy and process assessment, Preliminary Assessment: San Francisco Public Works Contracting, to prevent fraud and violations of local law following its investigation and review of the Public Works Department. That assessment included a review to evaluate any potential violation of conflicts of interest and governmental ethics laws and potential vulnerabilities in the City’s contracting and procurement processes.  As noted in that presentation, future reports and assessments are underway by the Controller, including on the use of “friends of” organizations to support city operations; ethical standards for commissions’ contract approval processes at the Airport and other City commissions; the City’s contractor debarment process; and policies and practices to award permits at the Department of Building Inspection. Staff have been in communication with the Controller’s Office regarding their release of future assessment reports and will continue to invite that office to provide future additional presentations to the Ethics Commission as additional reports are issued.

As reported in last month’s Executive Director report, for this year’s Annual Form 700 filing deadline, 93 percent of all electronic filers filed Form 700s on time by the June 1 extended deadline. Another three percent, or 96 percent of all electronic filers, had filed by July 1. Over the past month, Commission Staff have communicated with the remaining four percent of filers who had not yet completed their annual required Form 700 and/or their annual required Sunshine and Ethics Certification. First post-filing notices were sent on June 2 with a second notice provided June 5.

Ethics Commission records indicate that the following 18 individuals who were required to electronically file an Annual Statement of Economic Interest and Sunshine and Ethics training certification for calendar year 2019 no later than June 1 had one or both of those filings still outstanding as of August 7, 2020:

Board and Commission members who have not yet filed one or both outstanding filings were notified of the disqualification provisions of City law that apply to non-filers (San Francisco Campaign and Government Conduct Code Section 3.1-102.5). Copies of those communications notices were also provided to individual departments and to the Office of the City Attorney for distribution to the City attorneys that advise those boards and commissions.

As of July 1, seven Supervisorial candidates in the November 2020 election had together qualified to receive roughly $808,000 in public financing for their campaigns. Since that time, six additional Supervisorial candidates have qualified for the program in the past month. As of August 7, therefore, 59 percent of the 22 candidates who agreed to participate in the program have now qualified to receive public funds for their campaigns. The total amount of public funds approved as of August 7 for disbursement in the November election is now more than $1.66 million.

Given review work required by the heightened public financing activity in the past month and ongoing limited audit staff availability due to extended Disaster Service Worker duty noted below, we have not yet been able to complete all discretionary campaign audits for the 2018 cycle, and one audit of a publicly financed candidate from that cycle remains to be completed by external auditors. Final audit reports issued in the coming weeks will be posted on the Commission’s website and additional updates will be provided at the Commission’s September meeting.

DSW assignments are a responsibility of public service with the City and County of San Francisco and help ensure the City has the capacity it needs to address the impacts of a local emergency. The duty for City employees to serve when departments are called is not optional and is subject only to certain health or other limited factors.  All DSW needs are identified through the City’s centralized emergency operations center and requests are coordinated through the Department of Human Resources.  Work underway by individuals called to DSW duty may be reassigned to other staff when possible, or it may require that work to be paused until the assigned individuals are able to return to their home departments.

The table below shows the revenues received by the Commission during the fiscal year that began on July 1, 2020, as of August 7, 2020. 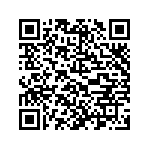 Scan the QR code with a mobile device camera to access the latest version of this document online:
https://sfethics.org/ethics/2020/08/executive-directors-report-august-10-2020.html