HomeInterested Persons ListNotice of Individual Expenditure Ceiling Adjustment(s) for One or More Publicly Financed Candidates – Board of Supervisors District 3, 5, 7 & 11

Notice of Individual Expenditure Ceiling Adjustment(s) for One or More Publicly Financed Candidates – Board of Supervisors District 3, 5, 7 & 11

Board of Supervisors – District 3 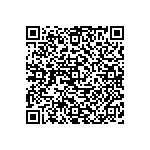