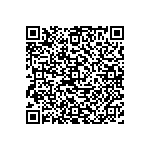 Scan the QR code with a mobile device camera to access the latest version of this document online:
https://sfethics.org/ethics/2020/10/notice-of-individual-expenditure-ceiling-adjustments-for-one-or-more-publicly-financed-candidates-board-of-supervisors-district-5-7.html