As reported last month, in the four weeks prior to the November 3 election, roughly $1.1 million in reported third-party spending in these Supervisorial races triggered the lifting of spending limits for 14 of the 16 publicly financed candidates in four Supervisorial districts. Just over half of the third-party spending was made in opposition to a candidate, with just under one half made to support a candidate.

As is the case after every election in which candidates receive public funds, Commission staff will issue a report on the public financing system. In addition, the committees of all candidates that receive public funds are required to be audited by the Commission. That analysis and initiation of these mandatory audits are scheduled for this spring following the filing of candidates’ year-end campaign disclosure reports for the 2020 election, which are due on January 31, 2021.

The Board of Supervisors Government Audit and Oversight Committee met on November 19 and, in part, discussed the BLA 2020 performance audit of the Ethics Commission that was issued on August 10, 2020 under Committee Agenda Item 10 (BOS File No. 201158). The Committee heard a presentation by the BLA on the audit findings and recommendations, and I was present to provide a brief presentation to the Committee and to answer questions. No public comment on the item was received and the Committee took action to File the Item.

As detailed in our departmental response that was included in the August report, our office is in full agreement with the report’s recommendations and is continuing to implement them as outlined in our written response.  A status report on progress through December 31 of this year will be provided at the Commission’s January monthly meeting.

There are no legislative updates on the behested payment ordinance sponsored by Supervisors Haney and Peskin. The Commission voted unanimously at its last meeting to support the ordinance, subject to amendments that would apply it to all City officers and all employees who file the Form 700 and to expend the set of persons who constitute interested parties. Since the last Commission meeting, Staff has met with aides from other Supervisors’ offices to discuss the ordinance with them and to seek support. But the ordinance has not yet been scheduled for a hearing at the Rules Committee.

I am very happy to report that over the past month we made significant progress on our FY21 Hiring Plan.

We have now placed detailed position announcements on our updated Jobs webpage. Recruitments are now underway to broadly share these announcements and applications to join our Staff team are now being accepted. Each position announcement includes a direct link to the Department of Human Resources online job portal where all applications and requested documents must be submitted to be considered. Applications for the posted positions are due by January 8, 2021, and we anticipate scheduling interviews beginning soon thereafter.

In the lead up to the November 3, 2020 election, staff collaborated with colleagues at DataSF to release a new campaign finance search and data visualization tool that is integrated into the City’s open data portal. This tool allows the public to visually explore contributions to candidate and ballot measure campaigns in San Francisco using an intuitive and easy to use interface. Via the internet, anyone can use the tool to search candidate and ballot measure names and see aggregated contributions, top contributors, fundraising totals, a map view of contribution locations, and a graph of fundraising totals over time. This new application is made possible because the Commission maintains campaign finance disclosure records as open data on the City’s open data portal.  The new campaign finance search tool on the open data portal is available at data.sfgov.org/campaign_finance.  More information about the application can be found on the DataSF blog.  Tyler Field will be on hand to briefly demonstrate the application during this agenda item at the December meeting.

The table below shows the revenues received by the Commission during the fiscal year that began on July 1, 2020, as of December 9, 2020. 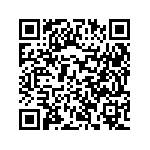 Scan the QR code with a mobile device camera to access the latest version of this document online:
https://sfethics.org/ethics/2020/12/executive-directors-report-december-10-2020.html