As I reported on December 14, 2020, job announcements for positions in recruitment were posted in mid-December. We are continuing to receive applications via the City’s main application portal for the five positions in active recruitment.

I am happy to report that two hiring decisions have now been made. Senior Information Systems Business Analyst (1053) Tyler Field will assume duties as IS Engineer (1042) effective today, January 4. At the same time, IS Business Analyst (1052) Jarrod Flores will assume duties as the new Senior Information Systems Business Analyst (1053).  These positions are critical to expanding and maintaining the Commission’s e-filing and data systems, department operations, application programming interfaces (APIs), campaign finance dashboards, and filling key personnel needed to implement the Form 700 Statement of Economic Interests program citywide. With the vacancy created in the 1052 Business Analyst previously held by Jarrod Flores, applications are already being accepted. The application period for the 1052 position is scheduled to close on January 15, 2021.

Attachment 1 provides a status report on the implementation of recommendations contained in the Budget and Legislative Analyst (BLA) August 10, 2020 Performance Report of the Ethics Commission. As noted in last month’s Executive Director report, the Board of Supervisors Government Audit and Oversight Committee discussed the audit on November 19 under Committee Agenda Item 10 (BOS File No. 201158) and filed the report without taking further action.  As detailed in our departmental response included in the audit report, our office is in full agreement with the audit recommendations. We will continue to provide the Commission with quarterly status reports as our work to implement the recommendations continues.

Budget Update and Interested Persons Meetings on the Commission Budget

The Mayor issued annual budget instructions to City Departments for FY22 on December 16. Those instructions cited a projected shortfall for the upcoming two-year budget of $653.2 million and the following Mayoral policy priorities for the fiscal year that begins July 1, 2021:

The proposed cuts are on top of the Commission’s attrition savings target of $236,091[2] which requires departments to plan for salary savings due to anticipated position vacancies.  The proposed 10% reductions in total combined with the attrition savings target could require the elimination of approximately six to seven positions, which represents roughly a quarter of the Commission’s staff.  Staff will present a budget proposal that addresses the Mayor’s instructions regarding the updated base operating budget at the February Commission meeting.  All Departmental Budget submissions are due on February 22. The Mayor’s proposal for balanced budget is expected to go to the Board of Supervisors June 1, with Budget and Finance Committee hearings beginning in June and budget consideration by the full Board in July.

In December 2019, the Board of Supervisors adopted Ordinance No. 294-19 that amended the City’s Administrative Code to modify the process for the City’s adoption of the annual budget, in part by requiring City agencies to hold public hearings prior to submission of their proposed budgets to the Mayor.

Beginning in December 2020, following the issuance of budget instructions from the Mayor, departments are required to hold a public meeting concerning departmental budget priorities at which members of the public may provide input. The purpose of the meeting is to allow for public input into the agency’s budget for the upcoming fiscal year prior to the department finalizing a proposed budget. Ordinance Sec. 3.3(b).  For departments subject to the oversight of a commission under the Charter or Municipal Code, the commission may satisfy this requirement by holding a hearing regarding budget priorities at a regular or special meeting subject to both the Brown Act and the Sunshine Ordinance, at least 15 days prior to the commission’s final approval of the agency’s proposed budget.

In addition, by no later than February 14 each year, each agency must hold a public meeting concerning the department’s proposed budget to allow for public input prior to the agency’s submission of that proposed budget. Ordinance Sec. 3.3(c). Content required to be provided must include information about agency divisions; budget totals and major changes including new or reduced initiatives and staffing changes; changes in service levels; projected salary savings; and how the agency is meeting budget instruction targets. The Ordinance requires this public meeting to occur no less than 15 days after the public meeting to obtain input budget priorities. For agencies governed by a commission this requirement can be satisfied at a regular or special meeting at which it considers final approval of the agency’s proposed budget, which also are subject to the Brown Act and Sunshine Ordinance.

As has been the practice in recent years, Staff presents an overview of the planned budget submission for the Commission’s consideration at its February monthly meeting. Under the budget process Ordinance, a budget item on the Commission’s February meeting agenda will meet the requirement for public input of Section 3.3(c). This year the Commission’s regular monthly meeting in January will be on Friday, January 8. In February it is scheduled for Friday, February 12, requiring materials for that meeting to be publicly available no later than Tuesday, February 9. As noted above, budget submissions are due February 22.

Given this schedule, to meet the requirement in Sec. 3.3(b) for a public meeting on departmental budget priorities, that public meeting must be held no later than Wednesday, January 27, 2021.

Staff therefore plan to notice two Interested Persons meetings for the week of January 18 to discuss and elicit feedback on Commission budget priorities, with the Commission’s February 12 meeting providing the opportunity for input on a proposed budget. The purpose of holding two interested persons (“IP”) meetings is to provide opportunities for the public to engage on the Commission’s budget. At the same time, two IP sessions would enable up to two Commissioners at each session to engage directly with the public while still abiding by all appropriate Brown Act and Sunshine Ordinance considerations.

The table below shows the revenues received by the Commission during the fiscal year that began on July 1, 2020, as of December 31, 2020. 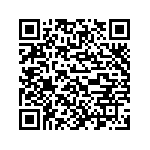 Scan the QR code with a mobile device camera to access the latest version of this document online:
https://sfethics.org/ethics/2021/01/executive-directors-report-january-4-2021.html