Following the presentation by the Controller’s Office of its fifth public integrity report, “Refuse Rate-Setting Process Lacks Transparency and Timely Safeguard,” at the Commission’s May 14 meeting, the Commission voted unanimously to adopt a motion to “send a communication to the Mayor, Controller, Head of the SF Public Utilities Commission, and City Administrator, expressing the Commission’s endorsement of recommendations contained in the preliminary report on the refuse rate setting process and ask that the Commission be kept informed of the progress toward achieving those improvements.” This communication was sent on May 28, 2021.

As our priority work to expand E-filing for all Form 700 Designated Filers continues toward a January 2022 launch, this month we initiated our departmental communications plan via an outreach to department heads. The information provided an overview fact sheet of the role departments will play in the transition to electronic filing, and provided information about the work our office will be doing to support them throughout the project.

Staff completed a multi-year project to implement significant enhancements to the lobbyist electronic filing application and public access portal. As part of that effort, the project to develop a lobbyist data application programming interface (API) that will enable the Commission to provide lobbyist data to the public on the City’s open data portal, DataSF, is also complete. Staff is in the process of integrating the API with the DataSF portal.

Audits of the publicly financed candidates for this cycle were conducted with support from the Controller’s Office and engaged external auditors to perform those audits. Another nine audits of ballot measure and general purpose committees were completed by Audit Division staff.  Audits of two other non-candidate committees originally notified of their selection for discretionary audits on May 17, 2019 were administratively closed on May 17, 2021 due to ongoing resource constraints noted in my closure communications, which have also been posted for transparency purposes on our 2018 Audit Reports webpage. Together, the 23 completed audits from the 2018 cycle accounted for over $31 million in reported campaign expenditures, or roughly 56 percent of the $56.4 million in overall campaign expenditures reported for the 2018 election.

The application period for the Senior Investigator and Legal Analyst position that had opened in early May closed on June 2. Applications submitted for that position are now being reviewed with the goal of conducting interviews this month. The job announcement for the vacant Auditor position is ready to be posted and is pending approval from the Mayor’s Budget Office on the request to fill the position.

The table below reflects revenues received by the Commission during the fiscal year that began on July 1, 2020, as of June 7, 2021.

*In May ED report this amount was incorrectly reported as $32,318 due to a clerical error. The amount has been revised in this report. 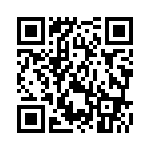 Scan the QR code with a mobile device camera to access the latest version of this document online:
https://sfethics.org/ethics/2021/06/26455.html