At its monthly public meeting Friday, the San Francisco Ethics Commission unanimously approved a stipulated agreement fining Mayor London Breed $22,792 for four counts of violating City campaign finance, ethics, and gift laws. In the proposed Stipulation, Decision, and Order adopted by the Commission, the Mayor acknowledged responsibility and agreed to pay a monetary penalty for having sought and accepted contributions in excess of the limits established under City law, which she then failed to publicly disclose on campaign statements as required by law; for a misuse of her City title for personal purposes unrelated to her official duties; and for accepting a gift from her former subordinate employee Mohammed Nuru, in violation of City gift laws. As authorized by the City Charter, the resolution of violations through a public stipulated agreement enables Respondents and the Ethics Commission to resolve enforcement matters without the need of a lengthier and more costly process involving a hearing on the merits.

As detailed In the Matter of London Breed (SFEC Complaint No. 1920-072), while a member of the Board of Supervisors, Breed in 2015 asked for payments of $1,250 each from “Nick Bovis/Lefty O’Douls” and “John Konstin/John’s Grill” to help defray the cost of her 2015 Pride Parade float. Under campaign finance rules, these payments qualified as contributions to the political committee she used as her officeholder account, London Breed for San Francisco Supervisor 2012. The contributions each exceeded the City’s $500 candidate contribution limit and were not reported as required on the 2012 committee’s subsequent campaign statement. In resolving these counts, the Commission fined Breed $12,000 Breed for failing to report the contributions and for having accepted campaign contributions over the legal limit.

The Commission fined Breed $2,500 for having used her official City title in a 2018 communication in which she sought to resolve a matter of personal interest.  In a letter Breed sent in 2018 to the then-Governor of California, Breed referenced her title as “Mayor” in seeking the commutation of her brother’s prison sentence. By improperly referencing her City title in the letter, Breed violated provisions of the Mayor’s Office Statement of Incompatible Activities that prohibits the use of City title for personal purposes.

As with other stipulations acted on by the commission, Respondents and the Commission may agree to settle and resolve all factual and legal issues and reach a final disposition in these streamlined matters without the need for an administrative enforcement hearing. Established in February 2021, the Commission’s Streamlined Administrative Resolution Program is designed to provide accountability for violations of City laws while reducing the amount of time and resources required for a more formal case resolution. The program does this by allowing identified types of cases to be resolved by a more standardized method for resolving matters by streamlined stipulated settlement within a framework of established fine formulas for violations of certain provisions of the City law. By allowing eligible matters to be resolved through streamlined procedures, the program enables the Commission to reserve a larger share of its investigative resources for broader scope investigations of greater severity, complexity, or breadth. 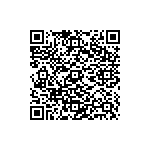 Scan the QR code with a mobile device camera to access the latest version of this document online:
https://sfethics.org/ethics/2021/08/ethics-commission-fines-mayor-london-breed-22792-for-violating-campaign-finance-ethics-and-gift-laws.html