The San Francisco Ethics Commission is currently considering changes to City laws and regulations that would, among other things, change the rules governing the flow of gifts to City officials from those who do business with their departments or try to influence their governmental decisions.

The City’s ethics laws were created to “assure that the governmental processes of the City and County promote fairness and equity for all residents and to maintain public trust in governmental institutions.”[1]  Created directly by San Francisco voters, the Ethics Commission has an independent mandate to impartially propose, administer, and enforce local governmental ethics laws. These proposals are designed to ensure that the City’s laws, including restrictions on gifts, continue to serve these purposes.

In January 2020, the U.S. Department of Justice began to bring criminal corruption charges against multiple San Francisco officials, employees, and contractors. Since then, federal criminal charges have been filed against 13 individuals, including two City department heads, and seven City officials have resigned or been terminated. These charges allege numerous instances in which individuals seeking favorable outcomes from City government provided gifts to City officials in an attempt to influence the actions of those officials. Following these revelations of corrupt practices and misconduct, the Ethics Commission embarked on a comprehensive review of the City’s ethics laws to ensure that the types of conduct alleged in the criminal complaints are appropriately prohibited and deterred by City law and that any other relevant weaknesses identified in the laws can be addressed and the laws strengthened. The changes proposed resulted from that review.

The City’s ethics laws were created to assure that governmental processes of the City and County promote fairness and equity for all residents and to maintain public trust in governmental institutions.  Individuals who violate the laws need to be held publicly accountable. As the recent corruption investigations have illustrated, actions that may appear to be minor can, over time, normalize troubling dynamics and culminate in unethical conduct that runs counter to the integrity standards San Franciscans expect and deserve. Periodic reviews of the laws are necessary to ensure they are strong, workable, and enforceable. Ensuring fairness, equity, and public trust requires that laws be enforced and that systemic deficiencies be examined and addressed so that schemes to deprive the public of honest public services can be prevented before they take root. Strengthening City gift rules and other essential ethics provisions is necessary to establish safeguards to prevent future corrupt practices and future abuses of the public trust.

Yes, it would be strengthened. Under existing law, a restricted source is identified only as an entity that contracts with the City department or has sought to influence a City official on any legislative or administrative action in the past 12 months. The proposed changes would:

Important Note: See Questions 9 – 15 below regarding common exceptions that may apply. The Ethics Commission will provide advice to requestors by applying the law to the requestor’s specific circumstances.

No, the proposed changes do not require non-City organizations or nonprofits to file any additional reports or make any new disclosures.

No, the proposed changes would extend and clarify how the City’s restricted source gift laws apply, which restrict personal benefits given to City officials. The proposed changes do not address when and how a non-City organization and a City department can collaborate, partner, enter into a contract, or perform other work together.

Yes, this proposal exempts non-cash gifts that constitute routine office courtesies from the restricted source rule. Routine office courtesies include items such as bottled water, coffee, small snacks, a pad of paper, and writing instruments. It would apply to gifts with an aggregate value of $10 or less that are provided at the restricted source’s place of business, and similarly provided to other visitors without regard to the recipient’s status as a City official. A City official could use this exemption no more than four times per calendar year, per restricted source.

Yes, the proposed changes include an exemption to the restricted source rule that allows for an official to attend a widely attended convention, conference, seminar, or symposium where attendance is appropriate to the official duties of the City official and the organizer of the event provides the attendance unsolicited.

Yes, the proposed changes include an exemption for a City official to receive attendance to an event where the official is making a speech and to entertainment venues/events where the City official is performing a ceremonial role on behalf of the City.

Yes, this would not be restricted so long as the event or items are being made available to the public and the City official is provided them without regard to their official status. If an event or offering is free and available to the public, attending or accepting the items would not be considered a gift for the purposes of the restricted source rule.

As originally drafted, the proposed changes would not have permitted this practice, however based on broad feedback received, the Ethics Commission is currently considering creating an exemption to the restricted source rule that would allow a City official to accept a ticket to a nonprofit fundraiser event so long as attendance at the event is a necessary part of the official’s City duties. This exception would allow a City official to accept a free or reduced-price ticket to a nonprofit fundraising event when necessary. The ticket would need to be accepted by the City official’s department and disclosed by the department as a payment from a non-City source for transparency purposes.

As originally drafted, the proposed changes would not have permitted this practice, however based on broad feedback received, the Ethics Commission is currently considering an exemption to the restricted source rule which would allow tickets to arts exhibits and performances to be accepted by City officials as long as attendance at the event is a necessary part of the official’s City duties. This exception would allow a City official to accept a free or reduced-price ticket to an arts exhibit or performance when necessary. The ticket would need to be accepted by the City official’s department and disclosed by the department as a payment from a non-City source.

Under current City law, departments already are required to disclose the receipt of both monetary and in-kind funding they receive from non-city sources. These disclosures must be made to the City Controller’s Office, the Board of Supervisors, and on their departmental websites. The proposed changes would create a single new disclosure filed only with the Ethics Commission, to simultaneously meet those current disclosure requirements. This single filing would promote improved compliance by City departments and centralize the reporting of outside funding for increased transparency for the public.

Important Note:  Gifts received directly by individual City officials (that are not provided through their department) are not reported by the department but may require disclosure by the City official on their Form 700, depending on the disclosure category, source, and value of the gift received. For more information on City Form 700 reporting requirements by City officials, click here.

No, the requirements for Form 700 (Statements of Economic Interests) filings by City officials are state law and are not changed by these proposals.

Yes, the proposed changes address other ethics topics, including strengthening the City’s bribery rule, extending the existing annual ethics training requirement to all Form 700 filers, codifying and standardizing existing rules regarding activities that conflict with City duties, and standardizing essential provisions of the City’s ethics laws such as penalty provisions and electronic filing. Click here for detailed information about all the proposed changes. 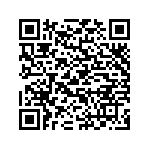 Scan the QR code with a mobile device camera to access the latest version of this document online:
https://sfethics.org/ethics/2022/01/faq-proposals-to-strengthen-city-gift-laws.html