At its monthly meeting today, the San Francisco Ethics Commission unanimously elected its acting Chair Yvonne Lee to serve as its Commission Chair beginning March 1, 2022. The Commission also elected Larry Bush to serve as Vice-Chair. Under Commission Bylaws, the Commission elects its officers on an annual basis to serve from March 1 through February 28 of the following year.

“The work of the Commission is crucial to maintaining trust in City government, and I am honored to continue to support that mission as Chair” Lee said following her election today. “I look forward in the year ahead to continuing to expand our civic and community engagement to ensure that San Franciscans know about our work and engage with us on the important work before us.”

Yvonne Lee was appointed by the late Mayor Edwin M. Lee in August 2017. In February 2018, Commissioner Lee was reappointed to a full six-year term by then-Mayor Mark Farrell for a term ending February 1, 2024. In early 2020, she was elected by the Commission to serve as Vice-Chair through February 2021 and became acting Chair in July 2021 following the resignation of Chair Noreen Ambrose.

Commissioner Lee served as a Presidential appointee as Regional Advocate to lead region 9 of the Office of Advocacy for the U.S. Small Business Administration from 2011 to 2017. In that capacity she represented the voice of small businesses in federal government and engaged with small business stakeholders to address their regulatory concerns, particularly with innovative entrepreneurialism. She has also advised non-governmental organizations, government, and the private sector on policy and strategic development and community engagement with data and opinion research analysis, media and community outreach.

From 1995 to 2001, Commissioner Lee was a Presidential appointee to the U.S. Commission on Civil Rights. Investigative reports conducted during her term as a Civil Rights Commissioner included economic and health disparities among women and minorities, use of force and administration of justice, church burnings and hate crimes, and Native Hawaiian self-determination.

She also served as National Director from 1988 to 1993 for the Chinese American Citizens Alliance in San Francisco, where she administered membership activities and chapter operations for the national civil rights organization, testified before Congress, and developed legislative platforms for membership adoption. She also has experience in the non-profit sector in San Francisco, working on housing issues as Project Director for the Pineview Housing Corporation and serving as Housing Program Director for Self Help for the Elderly.

Commissioner Lee previously served on the San Francisco Police Commission. She was an Inaugural Fellow of the Asian Pacific American Women Leadership Institute, and served as a Fellow at the Gallup Executive Leadership Institute. She was a co-founder and co-chair of the Coalition of Asian Pacific Americans for Fair Reapportionment. She holds a BS in Health Education from the University of California, Davis. She was recently appointed to the US Agriculture department’s newly established 15-member Equity Commission to evaluate USDA policy and programs and issue an advisory report to the Department Secretary on racial equity.

Larry Bush was appointed to the Ethics Commission in June 2020 to complete a term ending in February 2023. He served on the General Obligation Bond Oversight Committee from 2015 to 2019 by appointment by the Civil Grand Jury where he focused on housing bonds and city audits. He was appointed to the 2013-14 Civil Grand Jury by the court where he focused particularly on city ethics policies and performance. He made his home in San Francisco beginning in 1984 when then-assemblyman Art Agnos named him to his staff with a focus on the AIDS/HIV epidemic. Mayor Agnos named him to his mayoral staff from1988-92. He was a columnist for the Hearst SF Examiner from 1992-95. In 1995-2010 he was the Public Affairs Officer for HUD for California, Arizona, Nevada and Hawaii. He was named by HUD’s Secretary and Senate Majority Leader Harry Reid to a Las Vegas task force to make recommendations on the foreclosure crisis. He also served as the Freedom of Information Officer for those states.

He was a co-founder of Friends of Ethics that led successful ballot measures on ethics transparency and accountability. His writing and essays have appeared in The New Yorker, Washington Post, New York Times, SF Chronicle, SF Examiner and many other media outlets, His work has been recognized with awards from media organizations, community-based organizations and national organizations and has been an invited speaker in New York, Washington, Los Angeles, Dallas, Columbus, and New Orleans.

The San Francisco Ethics Commission was created by the City’s voters with the passage of Proposition K in November 1993. Our mission is to practice and promote the highest standards of integrity in government. We achieve that by shaping and promoting compliance with the laws and by delivering impactful programs that promote fair, transparent, and accountable governmental decision making for the benefit of all San Franciscans. Through its 33-member staff, the Ethics Commission is responsible for the independent and impartial administration and enforcement of laws related to campaign finance, public financing of candidates, governmental ethics, conflicts of interest, and registration and reporting by lobbyists, campaign consultants, permit consultants, and major developers. 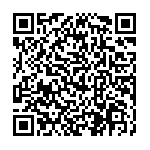 Scan the QR code with a mobile device camera to access the latest version of this document online:
https://sfethics.org/ethics/2022/02/ethics-commission-unanimously-elects-yvonne-lee-as-chair-for-2022.html