At its monthly public meeting Friday, the San Francisco Ethics Commission unanimously approved a stipulated agreement fining Barbara Mumby, former Director of Community Investments at the San Francisco Arts Commission, $20,000 for four counts of violating City ethics laws. In the proposed Stipulation, Decision, and Order adopted by the Commission, Mumby acknowledged responsibility and agreed to pay a monetary penalty for receiving a gift from a source doing business with her department, failing to file public disclosures of her personal financial interests, improperly providing selective assistance to a person competing for a City contract, and furnishing fraudulent evidence and failing to cooperate with an investigation. As authorized by the City Charter, the resolution of violations through a public stipulated agreement enables Respondents and the Ethics Commission to resolve enforcement matters without the need for a hearing on the merits. The Commission is authorized to assess a monetary penalty of up to $5,000 or three times the amount of the amount improperly received, expended, or reported for each violation.

Commission Chair Yvonne Lee highlighted the severity of Mumby’s actions and noted the variety of laws under the Ethics Commission’s jurisdiction that were violated. Chair Lee commended Ethics Commission Investigators for securing the maximum penalty amount for each count of a violation.

As detailed in the settlement agreement, In the Matter of Barbara Mumby (SFEC Case No. 1920-051), while Community Investments Director in 2018, Mumby authored the majority of a friend’s grant proposal for an Individual Artist Commission (IAC) grant application. Mumby then took steps to advance that application through the screening process despite her personal involvement in drafting the application and knowledge that the grantee did not meet the eligibility criteria. As such, Mumby knowingly conferred a competitive advantage on a proposer who was competing for a City grant in violation of the City’s prohibition on selective assistance. In resolving this count, the Commission fined Mumby $5,000.

Mumby accepted reimbursements from the applicant that sought the IAC grant from the Arts Department to cover part of the costs of an August 2019 trip to Hawaii for herself, her dependent child, and others, including the grantee. For accepting a prohibited gift from a restricted source that was seeking to do business with her department, Mumby agreed to pay $5,000.

The Commission also fined Mumby $5,000 for failing to file required public disclosures of her reportable financial interests within 30 days of her resignation from City service in January 2020.

Lastly, the Commission fined Mumby $5,000 for making false statements to investigators, providing fraudulent documents to conceal her conduct that violated City law, and intentionally misrepresenting facts to the City Attorney’s office during their investigation. In so doing, Mumby violated the City’s requirement that City officials and employees cooperate and assist with an investigation. 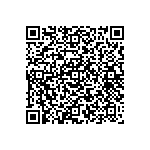 Scan the QR code with a mobile device camera to access the latest version of this document online:
https://sfethics.org/ethics/2022/05/press-release-ethics-commission-fines-former-arts-commission-community-investments-director-barbara-mumby-20000-for-violating-ethics-laws.html