After the Ethics Commission’s June 10 monthly meeting, Commission Chair Yvonne Lee issued the following statement regarding the status of the Commission’s priority policy work to strengthen the City’s gift and ethics laws under consideration as a draft Ethics Commission ballot measure and amended regulations.

In January 2020, San Francisco was rocked by what turned out to be the beginning of multiple federal corruption charges against city government officials. Stunned San Franciscans demanded accountability and action from their leaders. This week’s overwhelming approval of Prop. E to limit behested payments and two additional anti-corruption measures sends a clear message to all of us in public service that San Franciscans expect only the highest standards of integrity from officials conducting the City’s business.  It is also clear that the public strongly favors common-sense ethics reforms to bring an end to pay to play and other corrupt practices, and this measure is only the beginning of what needs to be done to enact change.

The Ethics Commission was established directly by San Francisco voters as an independent voice for ethics reform.  In the wake of the scandal, the Commission has, for the past two and a half years, examined existing ethics laws, rules and regulations, consulted with clean government brain trusts and community stakeholders, and explored ways within its constitutional authority to strengthen safeguards against corruption. Examining current troubling gift practices and bringing forward a set of needed reforms to close known loopholes and set a new higher ethical bar in San Francisco continues to be our top focus. We are committed to making progress on this effort and to enacting meaningful change.

As part of this work, the Commission has developed a set of reforms to strengthen key ethics rules and tighten city laws that regulate gifts to officials and departments by sources doing business with them. We have been engaging since last November with bargaining units that represent City officials in required meet and confer discussions on the proposals, which are required under the law to be conducted confidentially. Throughout this engagement process, this Commission has worked in earnest to address concerns raised by stakeholders, while also respecting the immediacy and urgency for action the public had demanded. Feedback from the Commission’s public hearings on the proposals, and the Prop. E results in this week’s election, make clear the public’s continuing expectations for reform.

We recognize that all San Franciscans have a critical stake in the health of City government and that the voters’ continued engagement in this process is vital. We share the public’s frustration that it has been 29 months since the first FBI investigation story has cast San Francisco in the national spotlight.  We remain committed to using the full authority voters have vested in us as a Commission to place a measure directly on the ballot this year so that the voters’ voices will continue to be heard. Together, we need to ensure strong and effective ethics law to prevent future instances of corruption from taking root. San Franciscans deserve and demand no less.

Yvonne Lee was appointed to the Ethics Commission in 2017 and elected as its chair in 2022. She previously served on the San Francisco Police Commission, was a Presidential appointee to the U.S. Commission on Civil Rights, and is currently an appointee to the US Agriculture department’s 15-member Equity Commission. 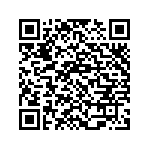 Scan the QR code with a mobile device camera to access the latest version of this document online:
https://sfethics.org/ethics/2022/06/statement-of-ethics-commission-chair-yvonne-lee.html