The Commission voted 5-0 to fine former San Francisco Unified School District Board of Education Member Gabriela López $1,400 for two counts of failing to disclose a reportable source of income on the Statements of Economic Interest (Form 700) that covered calendar years 2019 and 2020. As detailed in the settlement agreement, In the Matter of Gabriela López (SFEC Case No. 2021-038), López received  income from Mission Neighborhood Centers (MNC) as the organization’s Chief Academic Officer while she was a School Board Member in 2019 and 2020. Because this income was from a source which was or had been within the past two years engaged in work or services of the type used by the School District, López was required to report the income from and business position in MNC on her Statements of Economic Interests but failed to do so. As part of the settlement, López acknowledged responsibility for the violations amended her disclosure statements.

In a separate settlement agreement adopted on Friday, In the Matter of Darryl Honda (SFEC Case No. 2021-026), the Commission adopted a $22,200 fine against former San Francisco Board of Appeals Member Darryl Honda for four counts of violating City financial disclosure laws from 2017 through 2020. As detailed in the agreement, which was approved by a vote of 3-2, Honda worked as a realtor in an independent-contractor capacity for Corcoran Global Living, formerly Zephyr Real Estate, where he earned commission income while serving as a member of the Board of Appeals. On his Statements of Economic Interests, Honda reported income of over $100,000 from Zephyr Real Estate but failed to report the name of any source of commission income of $10,000 or more as required by law. After being contacted by Commission investigators, Honda amended his Form 700s for calendar years 2017 through 2020 to disclose the names of sources from which he received commission income of $10,000 or more. In his settlement agreement, Honda acknowledged responsibility and agreed to pay a monetary penalty for failing to disclose 37 reportable sources of income from which he received $10,000 or more in commissions.

As authorized by the City Charter, the resolution of violations through a public stipulated agreement enables respondents and the Ethics Commission to resolve enforcement matters without requiring a hearing on the merits. The Commission is authorized to assess a monetary penalty of up to $5,000 per violation or three times the amount of the amount improperly received, expended, or reported for each violation. 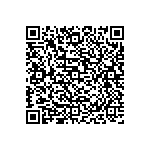 Scan the QR code with a mobile device camera to access the latest version of this document online:
https://sfethics.org/ethics/2022/07/ethics-fines-former-school-board-member-gabriela-lopez-and-former-board-of-appeals-member-darryl-honda-for-violating-financial-disclosure-laws.html