At its regular monthly meeting on August 12, 2022, the San Francisco Ethics Commission approved legislation proposed by Supervisor Aaron Peskin and Mayor London Breed to change the City’s behested payment rules. Following its discussion and the adoption of amendments, the Commission voted (3-2) to approve the legislation as amended.

Under Proposition E, which San Francisco voters approved in June, all legislative changes to the City’s behested payment rules must be approved in advance by both a majority of the Ethics Commission and a supermajority of the Board of Supervisors. The proposed legislation is available for public review for at least 30 days before the amendments are considered by the Board of Supervisors or any committee of the Board.

This legislation (File #220539) can be read and tracked on the Board of Supervisors website.

Based on feedback on the City’s new behested payment rules from City officials, departmental leadership, the non-profit community, and members of the public, legislative amendments were introduced by Supervisor Peskin and the Mayor in June. The proposed legislation sought to address concerns that the City’s existing behested payment prohibition is overly broad, challenging to comply with, and could harm the ability of the City to effectively partner with non-City entities. The Ethics Commission considered these proposals at its regular meeting on July 8 and its special meeting on July 27.

At its regular monthly meeting on August 12, the Ethics Commission considered draft legislation that had been further revised by the Supervisor and the Mayor based on feedback from the Commission. Following additional amendments offered by the Commission, the legislative changes were endorsed by a majority vote of the Commission. The revised legislation seeks to balance responding to concerns raised by stakeholders and clarifying the rules to promote compliance with the goal of ensuring the City’s behested payment rules are effective in practice to reduce the existence and appearance of impropriety.

The current legislation would: 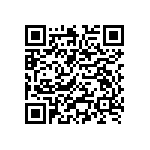 Scan the QR code with a mobile device camera to access the latest version of this document online:
https://sfethics.org/ethics/2022/08/policy-update-on-behested-payments.html