The case against former Public Works Director Nuru has shed light on the importance of government ethics rules, and encouraged new laws and resources to do our vital work.

This work, however, does not begin or end with any single case, individual, or department. It is about all the City’s work and the trust the people have in it.

In the years since this case was first made public, the Ethics Commission has exposed gaps in existing laws and proposed measures to tighten them. We also have secured new staff resources to investigate alleged violations of city laws, have improved transparency measures for the public, and have launched new work to proactively engage and help empower city staff to discharge their duties with the highest ethical standards.

However, more remains to be done in other areas, where progress to enact stronger gift laws has been stymied.

Today’s sentencing serves as an urgent reminder about the need for continued progress so that the City establishes higher standards for how the people’s work is conducted.

Yvonne Lee was appointed to the Ethics Commission in 2017 and elected as its chair in 2022. She previously served on the San Francisco Police Commission, was a Presidential appointee to the U.S. Commission on Civil Rights, and is currently an appointee to the US Agriculture department’s 15-member Equity Commission. 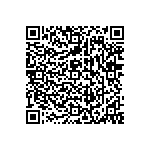 Scan the QR code with a mobile device camera to access the latest version of this document online:
https://sfethics.org/ethics/2022/08/statement-of-sf-ethics-commission-chair-yvonne-lee-on-sentencing-of-former-sf-public-works-director-mohammed-nuru.html