Candidates for local office seeking public funds must agree to limit their spending to the applicable Individual Expenditure Ceiling (IEC), per the City’s public financing laws. When required, the Ethics Commission must raise a candidate’s IEC in response to funds raised by that candidate’s opponents and independent expenditures made to support or oppose candidates in that race.

Based on candidate filings and third-party expenditures reported to the Ethics Commission, the Commission determined today that an adjustment to this ceiling for one or more publicly financed candidates in the November 8, 2022 election is required. The table below indicates candidates’ adjusted IEC levels and summarizes how any adjustment was determined.

Board of Supervisors – District 4

Board of Supervisors – District 6

The Ethics Commission, established in November 1993, serves the public, City employees and officials and candidates for public office through education and enforcement of ethics laws, including the assessment of fines through its administrative enforcement authority. Its duties include: filing and auditing of campaign finance disclosure statements, lobbyist and campaign consultant registration and regulation, administration of the public financing program, whistleblower program, conflict of interest reporting, investigations and enforcement, education and training, advice giving and statistical reporting. We invite you to follow our work at https://www. 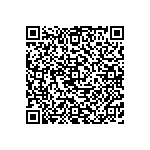 Scan the QR code with a mobile device camera to access the latest version of this document online:
https://sfethics.org/ethics/2022/10/notice-of-individual-expenditure-ceiling-adjustments-for-one-or-more-publicly-financed-candidates-board-of-supervisors-district-4-district-6.html