This report provides various programmatic and operational highlights since the last Executive Director’s Report. No action is required by the Commission, as this item is for informational purposes only.

On November 3rd, the Commission’s campaign audit program was among topics considered at the Board of Supervisors’ Audits & Oversight Committee. At the request of the Committee, I presented information about both ongoing and planned campaign and lobbying audit work by the Audit Division and answered Committee questions. The discussion was held under Agenda Item 1 (Board File No. 220139) and can be viewed on demand at the SFGovTV meeting archives here: https://sanfrancisco.granicus.com/player/clip/42411?view_id=11&redirect=true&h=fb62235b3a4695067b317919ff9b52c9 . The written report I provided to the Committee on November 4th reflects information provided during the Committee’s discussion and is attached for your reference.

Committees active in the November 8th election were required to file a third- pre-election campaign statements (Form 460s) on November 4th covering the period October 23 through November 2, 2022. Updated campaign data is viewable on the Ethics Commission data dashboards at https://sfethics.org/ethics/2022/07/campaign-finance-dashboards-november-8-2022.html.

On November 6, 2022, legislation that amended the City’s behested payments provisions took effect. The new provisions were approved by the Commission on August 12, 2022, with the Board of Supervisors and and Mayor subsequently approving the legislation on September 27 and October 6, respectively.

Staff have now updated the Commission’s compliance information regarding the new behested payments ordinance. That information can be viewed on the Commission’s website at  https://sfethics.org/compliance/city-officers/behested-payments. In collaboration with Policy and Engagement & Compliance staff, the Ethics@Work team is also preparing an introductory “FAQ” style document on the City’s behested payments laws for more general audiences that we anticipate will be in circulation this week, as well.

On November 7, the Rules Committee of the Board of Supervisors took up the ordinance to amend the City’s Conflict of Interest Code following the 2022 biennial review process required by state law. This ordinance amends the Campaign and Governmental Conduct Code to update the Conflict of Interest Code’s Form 700 (Statement of Economic Interests) filing requirements by adding, deleting, and changing titles of certain designated officials and employees to reflect organizational and staffing changes, and by refining disclosure requirements for certain designated officials and employees. Amendments add, delete, and change departmental designated filer listings since the Code was last amended in 2020. The Ordinance appeared as Item 6 on the Rules Committee’s November 7 meeting agenda and among other departmental changes reflects the proposed Ethics Commission Code changes that were adopted at the Commission’s August meeting. The Rules Committee continued the item for further consideration to its December 12 meeting.

I am sorry to announce that Ashely Mockett decided to resign her position as an Enforcement Division Senior Investigator/Legal Analyst. Her last day with the Commission was November 4 and we wish her well in all her future endeavors.

As a member of the Engagement & Compliance division, Johnny Hosey has helped administer our campaign finance compliance and filing program in various capacities over time, most recently serving as Compliance Officer (1844) on a limited term project that began in late 2019. With that project and position now coming to an end, Johnny will be leaving the Commission at the end of December. Johnny joined the Commission in May 2012 as a special projects Campaign Finance Assistant and later named Education and Compliance Assistant (1842) in December 2016. After serving as an Engagement & Compliance Officer in an acting capacity beginning in September 2017, Johnny was promoted to a new 1844 project-based position in FY20. We appreciate Johnny’s service to the Commission and the support he has provided to the program over the years, and we wish him all the best in his next professional chapter.

Effective November 12, 2022, Michael Canning will be appointed as Senior Policy Analyst (1823). Michael has been serving as Acting Senior Policy Analyst since March 2022 following Pat Ford’s appointment as Director of Enforcement. Michael joined the Commission as a Policy Analyst in April 2021. Prior to joining the Commission, Michael earned his Joint Master’s in Public Policy and Business Administration from Mills College, following his earlier work on political campaigns and in the non-profit sector, where he worked on campaign finance and voter information issues.

The table below reflects revenues received by the Commission for the current fiscal year as of November 10, 2022.

I look forward to answering any questions you may have at the upcoming Commission meeting. 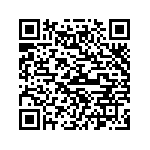 Scan the QR code with a mobile device camera to access the latest version of this document online:
https://sfethics.org/ethics/2022/11/executive-director-report-november-14-2022.html