The San Francisco Charter outlines the process for suspension and removal of certain elected and appointed City officers due to official misconduct. According to the Charter, the Mayor may suspend certain officers from their official duties upon a finding of official misconduct, but the Mayor must then immediately file written charges of official misconduct with the Ethics Commission to begin the process of removal from office. As the hearing officer, the Ethics Commission plays an important role in the removal process, but it does not make any final decisions regarding removal. Rather, the Ethics Commission must transmit the full record of hearing to the Board of Supervisors with a recommendation as to whether the Mayor’s charges of official misconduct should be sustained. The Board of Supervisors must vote by a three-fourths majority to remove a suspended city officer from her duties. The Mayor may suspend any official identified in Section 15.105 of the Charter and appoint a qualified person to discharge the duties of the office during the period of suspension.

Below is a list of the official misconduct hearings. 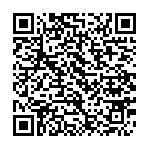 Scan the QR code with a mobile device camera to access the latest version of this document online:
https://sfethics.org/ethics/2012/04/documents-relating-to-official-misconduct-charges-against-sheriff-ross-mirkarimi.html