Important Note: The City’s new law does not change existing disclosure requirements for elected officials under California State law that apply to behested payments they solicit from persons who are not defined as an “interested party.” State law continues to require elected officials report all behested payments of $5,000 or more made at their behest. Such payments are reported to the official’s agency on the State Form 803. For more information about this requirement, click here.

“At the behest of” means under the control or at the direction of, in cooperation, consultation, coordination, or concert with, at the request or suggestion of, or with the express, prior consent of. However, a payment is not made at the behest of a public official if the official requested the payment via television, radio, billboard, a public message on an online platform, the distribution of 200 or more identical pieces of printed material, the distribution of a single email to 200 or more recipients, or a speech to a group of 20 or more individuals.

A “payment” is a monetary payment or delivery of goods or services.

Elected officials, members of City boards and commissions, department heads remain subject to the City’s behested payment law, which now prohibits them from soliciting any behested payments from an “interested party.”

In addition, employees who are designated in their departmental Conflict of Interest Code to file a Statement of Economic Interests (Form 700) are also prohibited from soliciting behested payments from a person who is an “interested party” to them. For a list of positions that qualify as a Code-designated Form 700 filer  see Article III, Chapter 1 of the Campaign and Governmental Conduct Code).

Under the law, the ban on soliciting behested payments does not apply to solicitations made through a “public appeal,” even if an interested party receives the solicitation.

EXAMPLES OF HOW THE NEW BEHESTED PAYMENT LAW APPLIES

What is NOT ALLOWED under the law:

What IS STILL ALLOWED under new ordinance: 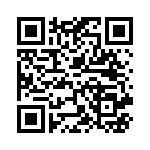 Scan the QR code with a mobile device camera to access the latest version of this document online:
https://sfethics.org/compliance/behested-payments