For a summary of the behested payment rules, please visit this page or download this document.

Important Note: The City’s new law does not change existing disclosure requirements for elected officials under California State law that apply to behested payments they solicit from persons who are not defined as an “interested party.” State law continues to require elected officials report all behested payments of $5,000 or more made at their behest. Such payments are reported to the official’s agency on the State Form 803. For more information about this requirement, click here.

A payment that is made at the behest of an officer, or an agent thereof, and that is made principally for a legislative, governmental, or charitable purpose. “At the behest of” means under the control or at the direction of, in cooperation, consultation coordination, or in concert with, at the request or suggestion of, or with the express, prior consent of.

A monetary payment, or the delivery of goods or services, with a value of $1,000 or more, or series of payments within a 12-month period that in the aggregate total $1,000 or more.

Any employee of the City and County of San Francisco required to file a Statement of Economic Interest (Form 700) under Article III, Chapter 1 of the Campaign and Governmental Conduct Code.

Officers and designated employees are prohibited from soliciting any behested payments from an “interested party.”

The prohibition on soliciting behested payments does not apply to solicitations made through a “public appeal,” even if an interested party receives the solicitation.

Solicitations made under an authorized program, approved by the Board of Supervisors by ordinance, for charitable donations of time and/or money from interested persons to nonprofit 501(c)(3) or public schools, through a competitively procured contract.

Upon request, the Board of Supervisors may waive the requirements of Chapter 6, Section 3.620 of the Campaign and Governmental Conduct Code. See Section 3.620 (4)(f) for more information.

Examples of How the Behested Payments Law Applies

What is NOT ALLOWED under the law:

What IS STILL ALLOWED under new ordinance: 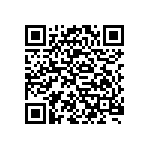 Scan the QR code with a mobile device camera to access the latest version of this document online:
https://sfethics.org/compliance/city-officers/behested-payments