This Audit Report contains information pertaining to the audit of the Committee to Elect Supervisor Mark Leno, Identification Number 981314 ("the Committee") for the period from January 1, 1998 through December 31, 1998. The audit was conducted to determine whether the Committee materially complied with the requirements and prohibitions imposed by the Political Reform Act ("the Act") (Government Code Section 81000, et seq.) and San Francisco's Campaign Finance Reform Ordinance ("CFRO") (S.F. Administrative Code Section 16.501, et seq.).

For the period covered by the audit, the Committee reported total contributions of $253,509 and incurred qualified campaign expenditures of $248,533. [1] There were no material findings with respect to this Audit Report. The Committee substantially complied with the disclosure and record-keeping provisions of the Act and the CFRO.

The Committee was formed to support the election of Mark Leno for Member, Board of Supervisors in the November 3, 1998 election. The Committee filed its initial Statement of Organization with the Commission on May 6, 1998, indicating that it had not yet qualified as a committee. It qualified on May 27, 1998. The Committee has not terminated as of the date of this report. The Committee's treasurer is Geoffrey Kors. 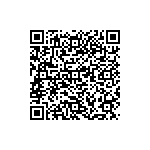 Scan the QR code with a mobile device camera to access the latest version of this document online:
https://sfethics.org/ethics/2000/03/san-francisco-ethics-commission-audit-report-committee-to-elect-supervisor-mark-leno-fppc-id-981314.html