This Audit Report contains information pertaining to the audit of the San Franciscans to Elect Ash Bhatt Committee, Board of Education ("the Committee") for the period from January 1, 1998 through December 31, 1998. The audit was conducted to determine whether the Committee materially complied with the requirements and prohibitions imposed by the Political Reform Act ("the Act") (Government Code Section 81000, et seq.) and San Francisco's Campaign Finance Reform Ordinance ("CFRO") (S.F. Campaign and Governmental Conduct Code Section 1.100, et seq., formerly S.F. Administrative Code Section 16.501, et seq.).[1]

The Committee was formed to support the election of Ashok Kumar Bhatt for Member, Board of Education in the November 3, 1998 election. The Committee filed its initial Statement of Organization with the Commission on October 23, 1998. It had qualified on September 23, 1998. The Committee has not terminated as of the date of this report. The Committee's treasurer is William F. McLaughlin.

In addition, the Act requires that committee treasurers must maintain detailed accounts, records, bills and receipts that are necessary to prepare campaign statements and comply with the campaign disclosure provisions of the Act. (California Code of Regulations Section 18427). The detailed accounts, records, bills and receipts are to be retained by the filer for a period of four years. (Government Code Section 84104). The CFRO incorporates the Act's provisions regarding disclosure and record-keeping. (S.F. Campaign and Governmental Conduct Code Section 1.106). For this reason, a violation of Section 84211 of the Act is also a violation of the CFRO.

Through the examination of the Committee's bank statements, check register, copies of checks deposited into the campaign bank account and campaign statements, the Auditor verified that the Committee accurately and timely disclosed all contributions received. The Auditor also verified that all payments that had cleared the bank account and that were recorded on the Committee's check register, were disclosed on the campaign statements. However, since the Auditor was unable to review cancelled checks and invoices, the expenditures could not be fully examined.

Through the examination of the Committee's records and campaign disclosure statements, the Auditor verified that the Committee accurately and timely disclosed all contributions received.

However, the Committee failed to comply with its record-keeping requirements with respect to maintaining records regarding expenditures. (Government Code Section 84104). As a result, a determination could not be made with respect to the accurate and timely disclosure of expenditures. 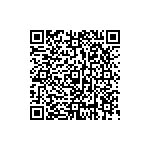 Scan the QR code with a mobile device camera to access the latest version of this document online:
https://sfethics.org/ethics/2000/06/san-francisco-ethics-commission-audit-report-san-franciscans-to-elect-ash-bhatt-committee-board-of-e.html