For the period covered by the audit, the Committee received total contributions of $221,499 and incurred expenditures of $226,932. There were no material findings with respect to this Audit Report. The Committee substantially complied with the disclosure and record-keeping provisions of the Act and the CFRO.

The Committee, sponsored by the Alice B. Toklas Lesbian & Gay Democratic Club, was formed to support the election of Mayor Willie L. Brown, Jr., in the December 14, 1999 mayoral run-off election. The Committee filed its initial Statement of Organization on November 24, 1999, indicating that it had qualified as a committee on November 17, 1999. The Committee has not terminated as of the date of this report. The Committee's treasurer is Kevin Piediscalzi. 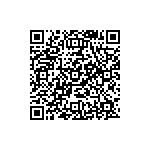 Scan the QR code with a mobile device camera to access the latest version of this document online:
https://sfethics.org/ethics/2000/09/san-francisco-ethics-commission-audit-report-alice-b-toklas-club-independent-expenditure-pac-fppc-id.html