For the period covered by the audit, the Committee received total contributions of $7,386 and incurred expenditures of $8,840. There were no material findings with respect to this Audit Report. The Committee substantially complied with the disclosure and record-keeping provisions of the Act and the CFRO.

The Committee filed its initial Statement of Organization with the Secretary of State's Office on October 10, 1979 indicating that it had qualified as a committee on October 4, 1979. The Committee was formed to express support for or opposition to candidates and ballot issues important to the residents of district 8. When the Committee was formed, members of the Board of Supervisors were elected by districts. Thereafter, members of the Board were elected at large. As San Francisco planned to return to district elections in 2000, the Committee, in 1999, changed its name to District 11 Democratic Club Political Education Committee. The Committee's treasurer was James Wachob. 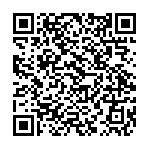 Scan the QR code with a mobile device camera to access the latest version of this document online:
https://sfethics.org/ethics/2000/10/san-francisco-ethics-commission-audit-report-district-8-democratic-club-fppc-id-791439.html