For the period covered by the audit, the Committee received total contributions of $30,909 and incurred expenditures of $30,909. There were no material findings with respect to this Audit Report. The Committee substantially complied with the disclosure and record-keeping provisions of the Act and the CFRO.

The Committee was formed to support the passage of Proposition E in the November 2, 1999 election. Proposition E was a charter amendment that proposed to replace the Public Transportation Commission with a new Municipal Transportation Agency. The Committee filed its initial Statement of Organization on August 11, 1999, indicating that it had qualified as a committee on August 9, 1999. The Committee filed its Statement of Termination on January 11, 2000, indicating that its filing obligations were completed on December 10, 1999. The Committee's treasurer was James R. Sutton. 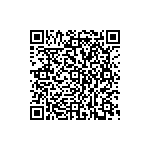 Scan the QR code with a mobile device camera to access the latest version of this document online:
https://sfethics.org/ethics/2001/01/san-francisco-ethics-commission-audit-report-coalition-for-muni-reform-yes-on-prop-e-fppc-id-991125.html