For the period covered by the audit, the Committee received total contributions of $955,284 and incurred expenditures of $954,040.40.   There were no material findings with respect to this Audit Report. 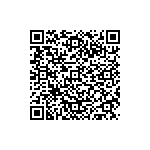 Scan the QR code with a mobile device camera to access the latest version of this document online:
https://sfethics.org/ethics/2002/07/san-francisco-ethics-commission-audit-report-committee-on-jobscandidate-advocacy-fund-fppc-id-990831.html