This Audit Report contains information pertaining to the audit of the committee, Barry Hermanson for Supervisor, Identification Number 1246026 (“the Committee”), for the period from January 1, 2002 through January 31, 2003.  The audit was conducted to determine whether the Committee materially complied with the requirements and prohibitions imposed by the Political Reform Act (“the Act”) (California Government Code Section 81000, et seq.) and San Francisco’s Campaign Finance Reform Ordinance (“CFRO”) and Electronic Filing Ordinance (S.F. Campaign and Governmental Conduct Code Sections 1.100, et seq., and 1.300, et seq.).

For the period covered by the audit, the Committee received total contributions of $22,031, and $29,691 in public funds.  It incurred expenditures of $51,384.  The law provides that any candidate who receives public financing must return unexpended campaign funds to the Election Campaign Fund up to the amount of public funds received by the candidate.  The auditor determined that the Committee must return $37.92 of unexpended funds to the Election Campaign Fund.[1]   There were no material findings with respect to this audit.

The Committee was formed in June 2002 to support the election of Barry Hermanson for Member, Board of Supervisors, District 4, in the November 5, 2002 election.  The Committee filed a Statement of Organization with the Ethics Commission on July 26, 2003 indicating that it had qualified as a committee on July 17, 2003.  Rita A. Goldberger served as the Committee’s treasurer.  As stated above, the Committee received public financing for Barry Hermanson’s 2002 supervisorial campaign.  The Committee has not terminated as of the date of this report.

San Francisco Charter Section C3.699-11 authorizes the Ethics Commission to audit campaign statements that are filed with the Commission.  San Francisco Campaign and Governmental Conduct Code Section 1.150(a) requires that the Commission audit all candidates who receive public financing.  Audits of publicly financed candidates include a review of campaign statements and other relevant documents to determine whether the candidate complied with applicable requirements and prohibitions imposed by State and local law.

[1] Unexpended funds are calculated by subtracting unpaid bills and forfeitures from the amount of cash that the Committee had on hand on the 30th day following the election in which the candidate was elected or defeated.  The Committee’s cash balance on December 5, 2002 was $37.92 and there were no unpaid bills or forfeitures. 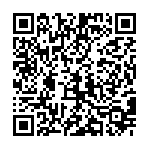 Scan the QR code with a mobile device camera to access the latest version of this document online:
https://sfethics.org/ethics/2003/08/san-francisco-ethics-commission-audit-report-barry-hermanson-for-supervisor-fppc-id-1246026.html