[1] Unexpended funds are calculated by subtracting unpaid bills, forfeitures and bank maintenance fees from the amount of cash that the Committee had on hand on the 30th day following the election in which the candidate was elected or defeated. 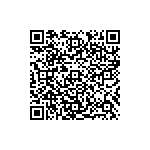 Scan the QR code with a mobile device camera to access the latest version of this document online:
https://sfethics.org/ethics/2003/09/san-francisco-ethics-commission-amendment-to-the-audit-report-of-ventresca-for-supervisor-fppc-id-12.html