At its special meeting on

At its meeting in July, the Ethics Commission cancelled its regularly scheduled meeting for

and decided to hold a special meeting to make a final determination as to whether the amount in the Election Campaign Fund is sufficient to fund all candidates for the Board of Supervisors who may be eligible to received public financing.  The date of the meeting has not yet been determined but will be between August 25 and September 2, 2004, depending on the schedules of the Commissioners. 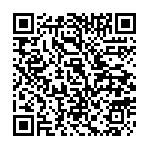 Scan the QR code with a mobile device camera to access the latest version of this document online:
https://sfethics.org/ethics/2004/08/press-release-august-5-2004-summary-of-actions-taken-at-august-5-2004-meeting.html