This Audit Report summarizes the results of the audit of the committee, Committee to Re-Elect Tom Ammiano, Identification Number 1265778 (“the Committee”), for the period from January 1, 2004 through December 31, 2004.  The audit was conducted to determine whether the Committee materially complied with the requirements of the Political Reform Act (“the Act”) (California Government Code Section 81000, et seq.) and San Francisco’s Campaign Finance Reform Ordinance (“CFRO”) and Electronic Filing Ordinance (S.F. Campaign and Governmental Conduct Code Sections 1.100, et seq., and 1.300, et seq., respectively).

There were two material findings with respect to this Audit: (1) the Committee failed to disclose subvendor information, in violation of Governmental Code Section 84211(k)(6);

and (2) the candidate, who filed a statement accepting the applicable expenditure ceiling under S.F. C&GC Code section 1.128, appears to have spent $100 more than the amount of the ceiling.

The Committee was formed in April 2004 to support the re-election of Tom Ammiano to Member, Board of Supervisors, District 9, in the November 2, 2004 general election.  Esther Marks served is the Committee’s treasurer.  The Committee received public funds for Supervisor Ammiano’s 2004 supervisorial re-election campaign.  The Committee filed a termination statement on January 25, 2005 indicating that it terminated on December 31, 2004.

Government Code section 84211(k)(6) requires a committee to itemize payments of $500 or more made on the committee’s behalf by an agent or independent contractor (also known as subvendor payments) during the period covered by the campaign statement by providing the name, street address, the amount of each expenditure, and a brief description of the consideration for which each expenditure was made.

Sections 1.128 and 1.130 of the Campaign and Governmental Conduct Code require candidates for the Board of Supervisors, who file a statement indicating that they agree to abide by the applicable expenditure ceiling, to limit their qualified campaign expenditures to $83,000 in the general election.

The Committee was required to report expenditures of $500 or more made by independent contractors on its behalf.  Although the Committee reported payments to the vendors on Scheudle E of Form 460, it failed to report subvendor detail information on Schedule G, as follows:

The total amount of subvendor transactions that was not reported on Schedule G represents approximately 22 percent of the total expenditures made by the Committee.

The candidate filed Form SFEC-128 Acceptance or Rejection of Voluntary Expenditure Ceiling on June 2, 2004, indicating that he agreed to abide by the voluntary expenditure ceiling.  The ceiling was not lifted, and it remained in place for the entire election in District 9.  The Committee reported qualified campaign expenditures that appear to total $83,100, which would be $100 in excess of the voluntary $83,000 spending cap.

The Committee was provided with an opportunity to review and comment on this audit report.

I have reimbursed the City and County $100 because I miscalculated the total expenditures and thought the campaign expenditures was $83,000.  I had reimbursed the City and County $1,916.50 on November 11, 2004 because I thought that was the amount we had raised over the $83,000 limit.  If I had known of my error, I certainly would have corrected the error at that time.

Through the examination of the Committee’s records and campaign disclosure statements, the auditor identified two material findings: (1) the Committee failed to disclose subvendor information, in violation of Governmental Code Section 84211(k)(6); and (2) the candidate, who filed a statement accepting the applicable expenditure ceiling under S.F. C&GC Code section 1.128, appears to have spent $100 more than the amount of the ceiling.

[1] Unexpended funds are calculated by subtracting any unpaid bills, ongoing qualified campaign expenditures and forfeitures from the amount of cash that the Committee had on hand on the 30th day following the election in which the candidate was elected or defeated. 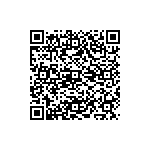 Scan the QR code with a mobile device camera to access the latest version of this document online:
https://sfethics.org/ethics/2005/09/san-francisco-ethics-commission-audit-report-committee-to-reelect-tom-ammiano-fppc-id-1265778.html