This
Audit Report
summarizes the audit results of the committee, Andrew Sullivan for
Supervisor 2004, Identification Number 1266320 (“the Committee”), from
January 1, 2004 through January 30, 2005.
The
audit was conducted to determine whether the Committee materially
complied with the requirements of the Political Reform Act (“the Act”)
(California Government Code section 81000, et
seq.)
and San Francisco’s Campaign Finance Reform Ordinance (“CFRO”) (San
Francisco Campaign and Governmental Conduct Code § 1.100, et seq).[1]

San
Francisco Charter
section C3.699-11 authorizes the Ethics Commission (“the Commission”)
to audit campaign statements that are filed with the Commission.  Section 1.150(a) of the
CFRO requires the Commission to audit all candidates who receive public
financing.
Audits of publicly financed candidates include a review of campaign
statements and other relevant documents to determine whether the
candidate complied with applicable requirements of State and local law.

This
audit was performed in accordance with generally accepted auditing
standards.  The audit
involved a review of the Committee’s records for the period covered by
the audit.  This
review was conducted to determine:

The
Commission will post audit reports to its web site and, in cases of
violations of law, forward it to the appropriate enforcement agency.

The
Committee
was formed in June 2004 to support the election of Andrew Sullivan to
the Board of Supervisors, District 5 in the November 2, 2004 general
election.  Mr. Daniel
Murphy served as the treasurer.
The Committee received public funds for the Andrew Sullivan for
Supervisor 2004 election campaign.
The Committee’s filing obligations were completed on January 30, 2005.

For
the period
covered by the audit, the Committee received $23,216 in contributions
and $31,017 in public funds, and incurred expenditures of $54,357.
The CFRO provides that any candidate who receives public funds must
return unexpended campaign funds to the Election Campaign Fund.  The Committee did not have
any unexpended funds.[2]

The
Commission determined that there was one material finding with respect
to the audit of the Committee.
The Committee used $1,169 of campaign funds to reimburse the candidate
for campaign-related expenditures made from the candidate’s personal
funds, in violation of Government Code section 85201 and San Francisco
Campaign and Governmental Conduct Code (S.F. C&GC Code) section
1.106.

Government
Code
section 85201 and S.F. C&GC Code section 1.106 require
candidates
to deposit personal funds into the campaign bank account and make
expenditures from that account instead of spending personal funds on
campaign expenses and later seeking reimbursement from campaign funds.

The
Committee was provided with an opportunity to comment on this audit
report.  The
Committee did not provide any comments.

[1]
During
the period covered by the audit, Article 1, Chapter 3 of the San
Francisco Campaign and Governmental Conduct Code (S.F. C&GC
Code)
codified the Electronic Filing Ordinance.
As a
result of recent amendments to CFRO, the provisions of the Electronic
Filing Ordinance are now combined in S.F. C&GC Code section
1.112.

[2]
Unexpended
funds are calculated by subtracting any unpaid bills, on-going
qualified campaign expenditures, and forfeitures from the amount of
cash that the Committee had on the 30th day
following the date of the election. 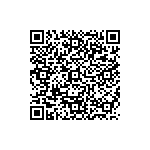 Scan the QR code with a mobile device camera to access the latest version of this document online:
https://sfethics.org/ethics/2006/06/san-francisco-ethics-commission-audit-report-andrew-sullivan-for-supervisor-2004-fppc-id-1266320.html