2Unexpended
funds are calculated by subtracting any unpaid bills, on-going
qualified campaign expenditures, and forfeitures from the amount of
cash that the Committee had on the 30th day following the date of the
election. 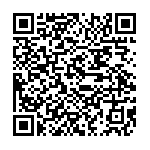 Scan the QR code with a mobile device camera to access the latest version of this document online:
https://sfethics.org/ethics/2006/07/san-francisco-ethics-commission-audit-report-pascal-for-supervisor-fppc-id-1268650.html