The Commission will refer this audit report to its
Enforcement Division for possible enforcement action. 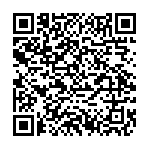 Scan the QR code with a mobile device camera to access the latest version of this document online:
https://sfethics.org/ethics/2006/07/san-francisco-ethics-commission-audit-report-rebecca-for-district-11-fppc-id-1262299.html