At its meeting on September 11, 2006, the San Francisco Ethics Commission took the following action:

The Ethics Commission will next meet for a special meeting on Saturday, October 14, at 10 a.m. in the Sycip Family Conference Room on the fourth floor of the San Francisco Public Library at 100 Larkin Street.  The Commission’s next regular meeting will be held on Monday, October 23, 2006 at 5:30 p.m. in Room 408 City Hall. 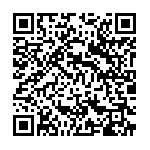 Scan the QR code with a mobile device camera to access the latest version of this document online:
https://sfethics.org/ethics/2006/09/press-release-september-12-2006-summary-of-actions-taken-at-september-11-2006-meeting.html