San Franciscans for Equitable Taxation, No on B, A Coalition of Taxpayers, Seniors and Property Owners 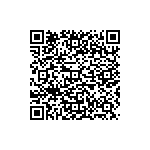