At its meeting on February 12, 2007, the San Francisco Ethics Commission took the following action:

·         After receiving testimony from the departments and public comment, initially adopted, by a 5-0 vote, the Statements of Incompatible Activities (“SIAs”) for the Civil Service Commission; Employees’ Retirement System; Commission and Department on the Status of Women; Adult Probation Department; and Department of Children, Youth and Families.  The Commission continued its consideration of the draft SIAs for the Human Rights Commission and the Ethics Commission.  Under the law, the City will engage in meet and confer sessions with the affected unions prior to final adoption of the SIAs by the Commission.

·         Considered a request for waiver from fees from the late filing of pre-election reports by the San Francisco Police Officers Association PAC, but took no action.

·         Considered a draft advice letter to an architect regarding the application of section 3.222 of the San Francisco Campaign and Governmental Conduct Code to the modification of contracts entered into before the architect was selected to serve on the City’s Arts Commission.

·         Considered and deferred action until the next meeting a proposed regulation to change the due date of the annual Sunshine Ordinance Declaration from April 1 to December 31. 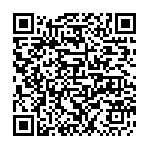 Scan the QR code with a mobile device camera to access the latest version of this document online:
https://sfethics.org/ethics/2007/02/press-release-february-13-2007-summary-of-actions-taken-at-january-8-2007-meeting.html