This Audit Report summarizes the audit results of the committee,
Committee to Re-Elect Dr. Dan Kelly, Identification Number 1289595
(“the Committee”), for the period from January 1, 2006 through December
31, 2006.  The audit was conducted to determine whether the
Committee
materially complied with the requirements of the Political Reform Act
(“the Act”) (California Government Code section 81000, et seq.)
and San Francisco’s Campaign Finance Reform Ordinance (“CFRO”) (San
Francisco Campaign and Governmental Conduct Code section 1.100, et
seq).

San Francisco Charter section C3.699-11 authorizes the Ethics
Commission (“the Commission”) to audit campaign statements that are
filed with the Commission along with other relevant documents to
determine whether a committee complied with applicable requirements of
State and local laws.

This audit was performed in accordance with generally accepted auditing
standards.  The audit involved a review of the Committee’s
records for
the period covered by the audit.  This review was conducted to
determine:

The Commission posts audit reports to its web site and, in
cases of
apparent violations of law, forwards them to the appropriate
enforcement agency.

The Committee was formed in August 21, 2006 to support the re-election
of Dr. Dan Kelly as a member of the Board of Education in the November
7, 2006 general election.  Penny K. Sneed served as the
treasurer.  The
Committee’s filing obligations were completed as of 1/10/07.

For the period covered by the audit, the Committee reported receiving
$7,658 in contributions and incurring $7,658 of expenditures.

The Commission determined that there were no material
findings
with respect to the audit of the Committee.  The Committee
substantially complied with the disclosure and record keeping
provisions of the Act and CFRO. 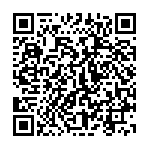 Scan the QR code with a mobile device camera to access the latest version of this document online:
https://sfethics.org/ethics/2008/02/san-francisco-ethics-commission-audit-report-committee-to-reelect-dr-dan-kelly.html