This Audit Report summarizes the audit results of the committee, Alix Rosenthal for Supervisor, Identification Number 1287650 (“the Committee”), for the period from January 1, 2006 through December 31, 2006.  The audit was conducted to determine whether the Committee materially complied with the requirements of the Political Reform Act (“the Act”) (California Government Code section 81000, et seq.) and San Francisco’s Campaign Finance Reform Ordinance (“CFRO”) (San Francisco Campaign and Governmental Conduct Code section 1.100, et seq) (S.F. C&GC Code).

The Commission determined that there were three material findings with respect to the audit of the Committee, as follows:

Government Code section 85201 and S.F. C&GC Code section 1.106 require candidates to deposit personal funds into the campaign bank account and make expenditures from that account instead of spending personal funds on campaign expenses and later seeking reimbursement from campaign funds.

The Committee reimbursed the candidate for the following expenses:

Government Code Section 84211, which is incorporated into local law by S.F. C&GCC §1.106, requires that costs incurred by a committee, but not paid during the reporting period, be reported as “accrued expenditures.”  Committees must report the name and address of each creditor owed $100 or more, a written description of the goods or services purchased, and the amount owed.

The details of the expenses not accrued are as follows:

Government Code section 84211 requires a committee to itemize payments of $500 or more made on the committee’s behalf by an agent or independent contractor (also known as sub vendor payments) during the period covered by the campaign statement by providing the name, street address, the amount of each expenditure, and a brief description of the consideration for which each expenditure was made.

The following sub vendor information was not disclosed:

The Committee did not provide any comments on the audit report. 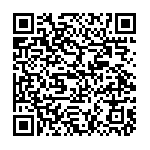 Scan the QR code with a mobile device camera to access the latest version of this document online:
https://sfethics.org/ethics/2008/03/san-francisco-ethics-commission-audit-report-alix-rosenthal-for-supervisor-fppc-id-1287650.html