This Audit Report summarizes the audit results of the committee, CCSF Educators to Re-Elect Carter and Grier Committee, Identification Number 1289458 (“the Committee”), for the period from January 1, 2006 through December 31, 2006.  The audit was conducted to determine whether the Committee materially complied with the requirements of the Political Reform Act (“the Act”) (California Government Code section 81000, et seq.) and San Francisco’s Campaign Finance Reform Ordinance (“CFRO”) (San Francisco Campaign and Governmental Conduct Code section 1.100, et seq).

The Committee was formed in August 14, 2006 to support the re-election of Cartier and Grier for CCSF Educators in the November 7, 2006 general election.  Michelle Jacques served as the Committee’s treasurer.  The Committee’s filing obligations were completed as of December 31, 2006.

For the period covered by the audit, the Committee received $5,656 (including non-monetary contributions of $1,781) in contributions and incurred expenditures of $3,875.

The Commission determined that there was one material finding with respect to the audit of the Committee.  The Committee made two contributions of $1,000 each to candidates for City elective office, in violation of San Francisco Campaign and Governmental Conduct (S.F. C&GC) Code section 1.114(a).

S.F. C&GC Code section 1.114(a) prohibits any person other than a candidate from making any contribution to a candidate for City elective office which will cause the total amount contributed by such person to such candidate in an election to exceed $500.

The Committee made two contributions, each of $1,000, to two candidates for City elective office, as follows:

The Committee was provided with an opportunity to review and comment on this audit report. The Committee’s comments are as follows:

Michele Jacques, the Treasurer, stated that she did not accept individual checks exceeding $500.00.  She stated that the Committee was established for the sole purpose of collecting contributions for two candidates.  Upon closing the account, the funds were equally distributed between the two candidates. 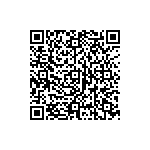 Scan the QR code with a mobile device camera to access the latest version of this document online:
https://sfethics.org/ethics/2008/05/san-francisco-ethics-commission-audit-report-ccsf-educators-to-reelect-carter-and-grier-committee-fp.html