The Committee is a general purpose committee that was formed prior to the period covered by the audit to oppose and support local ballot measures.  Jim Lazarus and Melissa A. Mikesell served as the treasurers.  The Committee was active as of December 31, 2006.

For the period covered by the audit, the Committee received $271,663 in contributions (including $457 of non-monetary contributions) and incurred $207,019 in expenditures.

The Commission determined that there was one material finding with respect to the audit of the Committee.  The Committee did not timely send major donor notice letters to twelve contributors who contributed $5,000 or more, in violation of Government Code section 84105.

A committee who receives contributions of $5,000 or more from any person must inform the contributor that he or she may be required to file campaign reports.  The notification must occur within two weeks of receipt of the contributions but need not be sent to any contributor who has an identification number assigned by the Secretary of State issued pursuant to Section 84101.

The details of the major donor contributions are as follows:


The Committee was provided an opportunity to review and comment on this audit report.  The Committee’s comments are as follows: 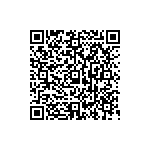 Scan the QR code with a mobile device camera to access the latest version of this document online:
https://sfethics.org/ethics/2008/05/san-francisco-ethics-commission-audit-report-san-francisco-chamber-of-commerce-21st-century-committe.html