This Audit Report summarizes the audit results of the committee, Truth on Prop H – Concerned Citizens Against Prop H, Sponsored by Small Property Owners of San Francisco, Identification Number 1292084 (“the Committee”), for the period from January 1, 2006 through December 31, 2006.  The audit was conducted to determine whether the Committee materially complied with the requirements of the Political Reform Act (“the Act”) (California Government Code section 81000, et seq.) and San Francisco’s Campaign Finance Reform Ordinance (“CFRO”) (San Francisco Campaign and Governmental Conduct Code section 1.100, et seq).

For the period covered by the audit, the Committee received $85,036 in contributions (including non-monetary contributions of $1,350) and incurred expenditures of $80,509.

The Commission determined that there was one material finding with respect to the audit of the Committee.  The Committee did not report complete contributor information for 12 contributors, in violation of Government Code section 84211(f) and San Francisco Campaign and Government Conduct (S.F. C&GC) Code sections 1.106, 1.114(e), and 1.114(f).

As explained above, under S.F. C&GCC sections 1.114(e) and 1.114(f), contributions that are deposited without the required contributor information must be forfeited to the City, in addition to any other penalties.  The Committee is required to forfeit $25,050.12 in contributions.  The details of the forfeitures are as follows:

The Committee’s comments are as follows:

In addition, Ms. Owens stated that the findings should not be considered material or forfeitable according to new San Francisco Ethics Commission policies proposed in a March 4, 2008 memo from John St. Croix to the members of the Ethics Commission and adopted on March 24, 2008.  Specifically, Ms. Owens stated that total infractions are less than 10 percent of revenues or expenditures, staff failed to notify the Committee of its forfeitures within one year of the actual filing deadline, and  upon discovery of incomplete or inaccurate donor information, the Commission should notify the Committee and allow the Committee thirty days to cure the information. 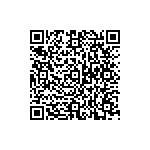 Scan the QR code with a mobile device camera to access the latest version of this document online:
https://sfethics.org/ethics/2008/05/san-francisco-ethics-commission-audit-report-truth-on-prop-h-concerned-citizens-against-prop-h-commi.html