The Committee is a general purpose committee that was formed in September 2005 to support or oppose City measures related to government spending and taxes.  The Committee has not terminated as of the date of this report.  During the period covered by the audit, Barbara Meskunas served as the Committee’s treasurer.

For the period covered by the audit, the Committee received $40,600 in contributions and incurred $31,497 in expenditures.

The Commission determined that there was one material finding with respect to the audit of the Committee.  The Committee did not send major donor notice letters to four contributors who contributed $5,000 or more, in violation of Government Code section 84105.

The Committee was required to send notice regarding major donor filing obligations to four contributors.  These contributors donated $5,000 each, as follows:

Barbara Meskunas, the treasurer, states that the Committee attempted to comply fully with all applicable campaign finance laws and rules in good faith and with best efforts.  Ms. Meskunas states that any violation of law was completely inadvertent and unintentional, as the Committee accurately and timely reported all contributions received and all expenditures made. 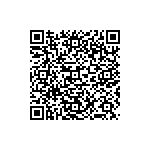 Scan the QR code with a mobile device camera to access the latest version of this document online:
https://sfethics.org/ethics/2008/07/san-francisco-ethics-commission-audit-report-san-francisco-taxpayers-union-political-action-committe.html