San Francisco Charter section C3.699-11 authorizes the Ethics Commission (“the Commission”) to audit campaign statements that are filed with the Commission along with other relevant documents to determine whether the candidate complied with applicable requirements of State and local laws.  The Commission randomly selected the Committee for audit.

The Committee was formed in August 2006 to support the passage of Proposition F in the November 2006 general election.  Kelly Gray served as the treasurer and Sonya Mehta served as assistant treasurer.  The Committee filed a statement on July 27, 2007 indicating that its filing obligations were completed on December 31, 2006.

For the period covered by the audit, the Committee received $17,356 in contributions (including $554 in non-monetary contributions) and incurred expenditures of $16,802.

The Committee did not provide any comments regarding the findings listed above. 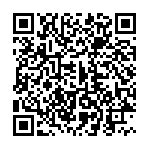 Scan the QR code with a mobile device camera to access the latest version of this document online:
https://sfethics.org/ethics/2009/02/san-francisco-ethics-commission-audit-report-campaign-for-paid-sick-days-fppc-id-1289546.html