The Committee was formed in July of 2002 to support or oppose ballot measures and candidates for local office in the City and County of San Francisco.  Sonia Melara served as the treasurer during the audit period.  The Committee is still active.

For the period covered by the audit, the Committee received $64,677 in monetary contributions  and incurred $28,564 in expenditures. 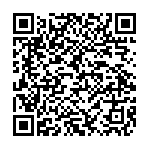 Scan the QR code with a mobile device camera to access the latest version of this document online:
https://sfethics.org/ethics/2009/05/san-francisco-ethics-commission-audit-report-plan-c-san-francisco-pac-fppc-id-1245538.html